Know Your Rights: If you are being discriminated against, or harassed, the worst thing you can do is quit.

If you’re being harassed or discriminated against at work, you may be tempted to quit, but think twice about it, as it may be a decision you’ll regret later on.

The general rule for all employment discrimination cases is that if you quit your job, you’re giving up your case, as you’re basically throwing out the baby with the bath water, as the saying goes. You’re throwing in the towel, and the courts view a resignation as a voluntary abandonment of your job and your paycheck, so you’re generally giving up your principal “damages” (the sum of money you would seek in compensation for the harms and losses you sustained from the discriminatory treatment) when you quit or resign. 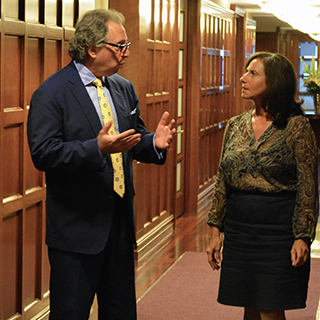 Quitting your job is like forfeiting the game, so never do it unless you have another comparable job waiting for you, or you’re just not that interested in holding your employer accountable for the discrimination, injustice and hostility they’re condoning in your workplace, negatively affecting you in particular.

‘Quit’ is a four-letter word to employee rights lawyers, because we know what a bummer it is to have to tell a client that her otherwise terrific pregnancy discrimination or sexual harassment claim is now dead-on-arrival since she pulled the plug on her job and herself by up and quitting.

Even if the facts of your employment difficulties are so extreme that no reasonable person could expect you to continue working under the current awful conditions, you must first complain to your employer about the discrimination, notifying the company of the sexual harassment, or pregnancy, race, age or disability discrimination, etc., to give the company the opportunity to “investigate” your complaint and to fix it, to correct whatever illegal hostility or injustice you’re experiencing in the workplace.

This complaint should be in writing and sent to your company in some manner where’s there’s proof of receipt, such as by US Priority or Certified Mail, FedEx, UPS, etc., or by email if your company’s email system can give you a report to print that shows that the complaint email was received and read by the recipient,  or if they respond to your email, you’ll have the email thread with your original discrimination complaint within it to print to prove that your discrimination complaint was received.

If your employer investigates your discrimination allegations and implements true “corrective action” to resolve your troubles, then that’s it, you won’t have a discrimination case because the company actually looked into your claims and did the right thing.

But if your employer does not properly investigate your complaint, or if they treat you even worse just because you complained, by demoting, firing or threatening you, then they are not doing the right thing, and we would consider all that backlash to be retaliatory adverse employment actions, which is illegal, and often retaliation complaints are stronger than the original, underlying complaints of discrimination, because while you may never be able to prove that Joe sexually harassed you, for example, if there were no witnesses, etc., if you can prove the company was notified by you that Joe sexually harassed you, and then the situation doesn’t improve for you or gets worse, that backlash seems clearly in response to your recent complaint, and that gives you leverage, as it’s illegal to make it worse for an employee right after she files a civil rights complaint.

If, after formally complaining of discrimination, your employer’s behavior is so punitive and intolerable that it seems to be an attempt to get you to quit, then you may have little choice but to resign. Under those special and extreme circumstances, the resignation is not truly voluntary, it is in effect a termination, which is called a constructive discharge, but even then it will be an uphill legal battle to mount, so the upshot is, when you’re being discriminated against at work, seek legal advice first, and whatever else you do, don’t quit!


By submitting this form, we will take no action to protect your interests. Submission of this form does not establish an attorney-client relationship or privilege.

Starting November 1, most New York City employers must list the salary range on all posted job ads, promotions and transfer opportunities. This new law makes NYC the largest municipality in the U.S. to enforce pay transparency for both external and internal job advertisements.

FOR THE FIRST time in the history of the New York City Marathon, prize money will be awarded to non-binary runners during next month’s race.