They did an amazing job and really updated me on everything. I appreciate them and would refer everyone to them.

Know Your Rights: Teasing and ugly comments aren’t illegal –
know how to discern that from discriminatory actions

What Is Illegal Race Discrimination? 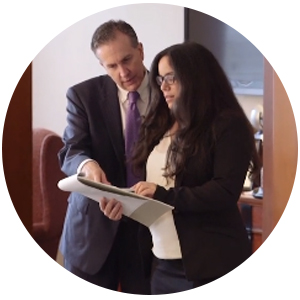 Let’s say you apply for a job for which you have experience and great qualifications, but you’re not hired because some of the company’s customers aren’t comfortable dealing with people of color. OK, that’s an easy one, right?

What if you’re fired and told that it’s because the company is laying people off due to cutbacks or a “reorganization,” yet white employees with the same job and with less seniority than you get to keep their jobs, so your company’s lying about the reason, and you feel the decision to fire you was actually motivated by racial hostility, not objective criteria, so your argument is that “cutbacks” was just a pretext—the phony reason your employer gave for firing you—when the real reason you were fired was due to your race.

You have now worked for your company for several years, getting great reviews and bonuses, yet each of the three times you’ve applied for promotions, less qualified non-minority employees always get the job instead of you, or instead of other people of color.

One of your coworkers thinks that it’s amusing to use racial slurs and epithets and to tell jokes insulting blacks, Latinos, Asians, and other ethnic minorities, and these comments make you uncomfortable, whether you’re a “minority” yourself or not. You’ve asked him to stop, but he tells you to get a sense of humor, and while your manager keeps telling you to ignore him, the racist co-worker isn’t disciplined or otherwise asked to stop his hateful, hostile, and harassing speech and conduct.

All of the above examples are illustrations of race discrimination in the workplace. Are you being discriminated against because of your race, or is your employer just treating you badly for any number of non-race-based reasons? That’s the first question for you to answer. Am I experiencing this hostility in the workplace because I’m a person of color, or could it just be that my boss is a just a big jerk and he doesn’t like me for reasons other than my skin color? If you conclude that yes, you’re being treated differently because of your race and/or color, than you’re experiencing illegal workplace race discrimination.

Call us to learn about your rights and how we can help.

I am so grateful to have gotten a lawyer like Jack. He was able to give me guidance and support I needed to move with this case. He was incredibly knowledgeable and patient. It was evident that he really cared about my case and how I was doing. He helped with my case so much, there’s no one out there that would be an better lawyer than him. He was sympathetic to my circumstances and made sure I was happy with my outcome of the case. I strongly recommend Jack as him and his team especially Deborah will ensure you that your case is in good hands.

Pregnancy in the Workplace: COVID, FAQs, Your Rights, & Illegal Discrimination

The novel coronavirus (COVID-19) pandemic has been with us for about a year. There are three vaccines available, but we…

It’s the Best Time Ever to be Pregnant and Working! Find out why!

Under federal law (if you work for an employer with at least 15 employees), you are covered by the Pregnancy Discrimination Act, the Civil Rights Act, which protects you from discrimination based on your sex, which all of course pregnancy-related issues are inseparable from your gender and who you are as a woman.