You are here: Home / Blog / Say Her Name: A movement to recognize women’s worth

New York Times has recently featured Andrea Ritchie, author of “Invisible No More: Police Violence Against Black Women and Women of Color” as saying, “We’re not trying to compete with Floyd’s story, we’re trying to complete the story.”

Indeed that is the story of Breonna Taylor, the black emergency medical technician from Louisville, Ky., who was killed by the police in March, only weeks before Floyd’s death. It is not quite unpredictable that police interactions with black men and black women are exactly alike, colored by racial biases. But what is disturbing all the same is despite the gains in women’s movements in this country and around the world, Black women are more likely than white women to be pulled over in traffic stops, according to data from the Prison Policy Initiative.

According to Ritchie, “They (black women) are also more likely than white women to be incarcerated and currently make up the largest portion of women in local jails compared with other women of color. Black women also face brutal police violence, which frequently takes the form of sexual assault or harassment at the hands of officers, away from cameras and the public eye. Alarmingly, it often occurs when officers are responding to calls for help from domestic violence or sexual assault.”

This is why “Say Her Name” has such a resounding appeal throughout the country today. I have joined several protests following George Floyd’s murder in the hands of racist cops, and Black Lives Matter chants have invariably included voices to represent untimely deaths of countless black women as Taylor whose 23rd birthday is coinciding with the movement’s call for racial and gender justice. The chants of “Say Her Name” has accompanied the chants of “Say His Name” and that has reflected the intersectional and truly inclusive struggle embodied in the movement – which has gone way beyond just commemorating some moments. The recognition that black women are not accounted for even in their deaths – even in the aftermath of unjust and illegal killings – is something the protest movements have adequately drawn our collective attention to.

Follows are some moments from the protests to celebrate the life of Ms. Taylor – 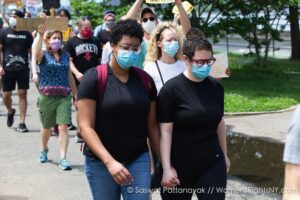 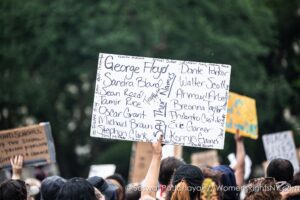 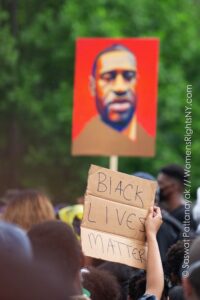 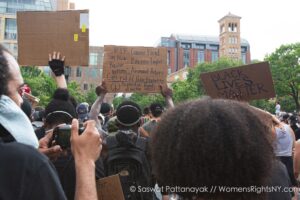 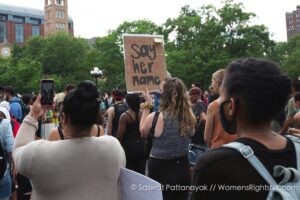