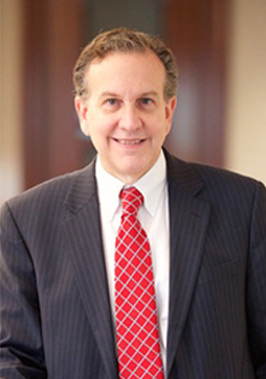 Bill Sipser has been a leading practitioner in the area of Labor Law and Employment Law Discrimination for almost thirty years. His practice is focused on representing clients in age discrimination, race discrimination, disability discrimination, and other matters involving employee rights. Bill has extensive litigation experience in state and federal courts, and before several governmental agencies involving representation of individuals and labor unions.

Bill has prosecuted significant cases, including appeals before the Appellate Division of the State of New York as well as the federal Court of Appeals for the Second Circuit. He argued a critical employment discrimination issue before the New York State Court of Appeals, New York’s highest court, in September 2004. He has briefed, argued, and won important cases before the New York State Appellate Division, First Department, in Manhattan. He has also tried hundreds of administrative cases and arbitrations concerning employment issues, including grievances and discharge cases.

Recognized for his success in participating in employment discrimination alternative dispute resolution, Bill was one of the featured speakers and participants in a forum on mediation of employment disputes in a continuing legal education seminar held at Benjamin N. Cardozo School of Law.

Why My Practice is Focused on Workplace Discrimination

Discrimination is not innocent – it harms all of us. Whether it is we who are the subject of the discrimination, or our family members, neighbors, or acquaintances – we all deserve equal protection in the workplace against illegal discrimination.

We are familiar with illegal discrimination and wrongful employment practices in the many forms in they occur, and have long represented employees in all forms of workplace discrimination and illegal practices. I would invite you to contact us if you have been the victim of illegal workplace conduct so that you may find out how we can help.

For over 30 years, my practice has focused on helping workers who have been subject to discrimination in the workplace. I represent individuals in matters of:

Bill served as an Assistant Commissioner for Labor Relations in the New York City Department of Correction, where he was responsible for ensuring stable labor relations in this major city agency, with its approximately 13,000 uniformed and civilian employees. He also served as an Associate in the law firm of Sipser, Weinstock, Harper & Dorn, LLP, and worked extensively and closely with his late father, I. Philip Sipser, who was one of the foremost labor attorneys in the country.