Excellent service and support. Fights for your rights and gets the matter resolved. Even during this pandemic time they were able to assist and stay in communication. Highly recommend this form to anyone seeking assistance.

It is wrong – and illegal – under both New York and federal law to discriminate against an employee based upon sex or gender identification. This means that with respect to all important job aspects – such as promotions – an employer cannot treat one person differently than others based upon gender. 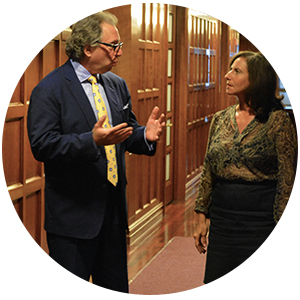 Are women in senior management and professional positions held to a different behavioral standard than men?

In one case, a female executive, described by supporters as “authoritative” and “formidable,” was denied a partnership because several male partners described her as “macho” and suggested she take “a course at charm school.” She had been advised by another partner that in order to improve her chances for partnership she should “walk more femininely,” wear makeup, have her hair styled and wear jewelry.

Proving that an employer’s articulated criteria for advancement is inconsistently applied to men and women, and is therefore a pretext to discriminate on the basis of sex, still remains a daunting challenge for women in various corporate cultures. These discriminatory phenomena, as with all forms of discrimination, require that plaintiffs prove their cases under one of the four general theories of discrimination:

If you believe you’re experiencing unfair treatment that stems from one of the categories of discrimination covered under the law, contact us now for a free, confidential consultation. And, remember, don’t quit!

For more information on how we help workers subjected to illegal sex discrimination, please see the following articles and information:

I just want to let any woman who works with this firm to know they will fight along side you. So long as you have the drive to fight for your rights as a woman in the workplace this firm will go to bat for you. Jack Tuckner is a great attorney and an advocate for women’s rights in the workplace. His staff is great and dedicated to helping women who feel their rights have been violated. These people are very admirable for what they do for women in the workplace.


By submitting this form, we will take no action to protect your
interests. Submission of this form does not establish an attorney-client privilege.

What should I do if I’m being sexually harassed by a client or customer?

Is my employer liable if I’m being sexually harassed by a customer or client?

Are you being sexually harassed by a customer or client? Noted NY Sexual harassment lawyer Jack Tuckner explains your rights.