Jack Tuckner and his associates were very fast, efficient, and always had my personal interest in mind. They never pushed or tried to steer me into a position or settlement that I was not comfortable. I highly recommend hiring them.

Free Consultation
Tell Us What Happened 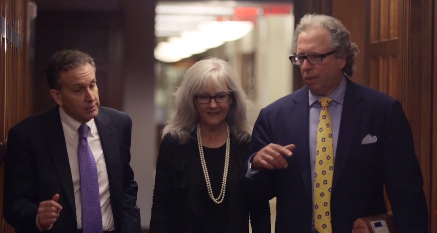 Under the federal Civil Rights Act of 1964, you cannot be treated differently or unfavorably in the workplace because of your religious beliefs. Those beliefs aren’t just limited to the traditional, organized ones found in Christianity, Islam, Hinduism and Judaism, for example, but protected beliefs include other sincerely held religious, ethical, or moral beliefs. If you’re a devout Pastafarian, you’re covered.

The Civil Rights Act of 1964 prohibits discrimination regarding any aspect of employment, such as your hiring and firing, pay, assignments, promotions, training, fringe benefits, and any other term, condition or benefit of employment.

Similar to workplace sexual harassment, it’s illegal if you’re harassed at work by offensive remarks about your religious beliefs or practices, although this does not include simple teasing, offhand comments, or isolated incidents. It becomes illegal harassment when it is so frequent or severe that it creates a hostile or offensive work environment, or when it results in an adverse employment action, such as your firing or demotion, or when you suffer further hostile backlash after opposing the discrimination.

The harasser can be your supervisor, a co-worker or even just a client or customer.

What To Do If You Are Being Discriminated Against in the Workplace.

Don’t Quit Your Job. Call A Lawyer First. Find Out Why.

How Are Damages Determined in a Sexual Harassment Lawsuit?

View All Videos in Our Religious Discrimination Series

Free Consultation
Tell Us What Happened

Attorney William Sipser, from the outset, was always honest, straight-forward, and explained everything. He and his staff were always there for me. He brought me closure of a very difficult chapter of my life.

Federal law also prohibits workplace segregation based on religion–which includes your religious attire and grooming practices–such as assigning you to a non-customer contact position because of actual or feared customer preferences. Such action is not permissible —that would be as illegal as not hiring you because of your religion.

Please call us or fill out the contact form below for a free consultation. Also, please feel free to click our religious discrimination news and insights below for more information.

By submitting this form, we will take no action to protect your interests. Submission of this form does not establish an attorney-client relationship or privilege.