You know, I know a lot of folks have now lost their job already as a result of this crisis, and I hope like the rest of us, our national leadership will get out in front of this too. So if the most dire predictions don’t come true, but right now we’re getting in my office calls from people who have been laid off, fired and told that it is indefinite. And some of those people have been pregnant women whose pregnancies have been part of the reason they were told, if not the reason, they were told that they’re losing their jobs.

This past week we had three calls. One woman said that she was told that her high risk pregnancy was the reason that the company thought it was in her best interest to start her maternity leave early. And while that may sound benign and they may act like it’s in her best interest that they’re doing this, it’s illegal.

Your company can’t tell you when to start your maternity leave no matter the reason. And your company can’t use your pregnancy as one of the factors in your termination. Even in the midst of a rising crisis such as this, it doesn’t matter. Your pregnancy is an illicit factor if that’s part of the reason that you were singled out, not to be able to stay gainfully employed. So you know, and some of the reasons often relate to, well, she’s about to start maternity leave anyway. We’re contracting in our business now, so we are letting people go. It may be true that they’re letting folks go, but if the reason given was your pregnancy, that is illegal. 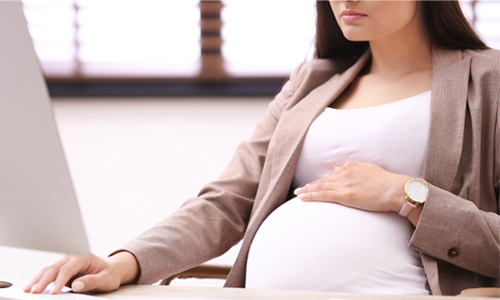 So if you’re in a situation like that right now where you’re pregnant or a loved one is pregnant and has suffered a job loss or is concerned that you’ll be suffering a job loss as a result of this or because of the special treatment that you’re actually entitled to during your pregnancy in particularly in New York city, give me a call. I’m Jack Tucker or you could text me, email me, call me. We’ll brainstorm together and chat about your challenges to see if we can assist you. But so know right now that your pregnancy actually is one of the reasons that you cannot be fired. You can be fired when you’re pregnant, like everybody else can be fired when they’re, whatever they are, but you just can’t be fired because you’re pregnant. That’s a particularly important distinction, and I’ll be back next week to talk about some of the expanded benefits that New York will be offering to those who have lost their jobs during this crisis. Until then, let’s all try to stay strong and calm. Good luck with that.