You are here: Home / Blog / Rape Culture and Warfare

We’ve cut back on education, nutrition programs for children, heating assistance for elderly seniors, and we’ve thrown kids off of Head Start. We claim we can’t continue to take care of vulnerable seniors through social security/medicare, and we have no money to invest in rebuilding our antiquated and crumbling bridges, dams, roads and rails, water systems and energy grids (and in the process create millions of jobs), yet we apparently have billions to spend on warfare in Syria, and we don’t even know who the good guys are, the murdering secular despot, or the radical Islamists angling for a theocracy that would oppress women further, as Shari’a law says when a woman is raped, she has done something illegal, for which she may stoned to death. Instead of a rush to more killing by the American military (another rape culture), how about we spend that money supporting and defending the millions of Syrian refugees, including the tens of thousands of women and girls who have been brutally targeted for systemic sexual assault, with a “soaring number of incidents of domestic violence and rampant sexual exploitation.” Let’s defend the refugees with support, aid and a military no fly zone over the camps to protect them, and use the money we’ll waste on killing and destruction to protect, nurture and educate the 2 million internally displaced Syrians, most of whom are women and girls. 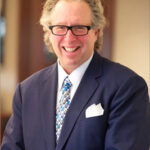 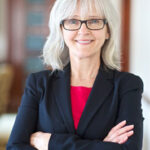