Citizen Koch is the latest from the Oscar-nominated filmmakers Tia Lessin and Carl Deal. Featuring three Wisconsin state employees who witness a political drama unfolding in their state as a GOP strategy to drain union resources, this film exposes the Tea Party-aligned Americans for Prosperity (AFP), a “corporation” – founded and funded by billionaire industrialists David and Charles Koch. According to the film, the Virginia-based AFP becomes the biggest political spender in support of Gov. Walker and a vehicle for wealthy individuals and corporations to back candidates—without leaving a paper trail.

As political groups anonymously pour money into Wisconsin on Gov. Walker’s behalf, former Louisiana governor and congressman Buddy Roemer takes a principled stand on the national stage and makes campaign finance reform the centerpiece of his 2012 GOP presidential bid. Citizen Koch follows Roemer as his campaign fizzles on his refusal to accept donations over $100. Outspent and drowned out by SuperPAC-funded opponents, Roemer posits the crucial question: Should money determine who even gets heard in our democracy? 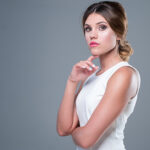 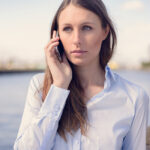 The NYC premiere of Citizen Koch took place on Friday at the SVA Theatre. Filmmakers Michael Moore and Julie Bridgham(director of The Sari Soldier) and Jack Tuckner were among others who attended the event. Mr. Tuckner was was directly involved with the Kickstarter campaign for the film.

Filed Under: All Posts