You are here: Home / Blog / If I Complain That I Am Being Discriminated Against At Work Will I Be Fired?

Hi, I’m Deborah O’Rell with Tuckner Sipser, an employment discrimination law firm. And let me say at the start, I’m not a lawyer, I don’t give legal advice, but I do share information about the process in general. And the question I want to address today is, “If I complain about being discriminated against, I’m afraid I’m going to be fired. I can’t afford to be without my job. What do I do?”

So first off, if you are making a complaint to your employer that you are being treated differently because of your age, race, gender, nationality, pregnancy, religion, something that is considered a protected status. If you are making that complaint and their response is to fire you, that action is illegal. It’s against the law. They can’t really do that. So in one respect it kind of strengthens your case, the underlying issue though, is you still need to make that decision about complaining because you are going to put your job at risk in some way. 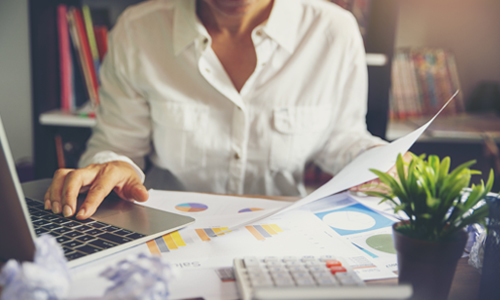 Now on one hand, some people don’t want to complain. They don’t, they can’t take the risk of being fired, that they’ll just white knuckle it and hope that this works out, that this resolves itself, that this manager goes away, that they can just keep working there. On the other hand, there are people who will actually say, I’m being targeted. They’re setting me up to fire me. They just put me on a PIP, on a performance improvement plan, anything like that. And right there, you know, they are gunning for you. So you have to, in that moment, it’s up to you. Do you want to hold on and leave on their terms. Or, do you want to stand up, hold them accountable and leave there on your terms. And your terms would be, as I said, holding them accountable for illegal behavior, and also using that, the leverage of that, to negotiate a severance or a settlement, some kind of compensation because you lost your job through no fault of your own, but that they broke the law.

But it still comes down to having to make a decision and everybody makes that decision kind of in their own time. And I will tell you, most people don’t complain. Most people simply tolerate it and then they can’t take it anymore, they look for another job and they quit. Or one day they walk in and they just can’t take it and they quit. And that’s when they’re calling to say, do I have a case? And because oftentimes, because they quit, not every time, but often, if you quit, it really makes putting forward a discrimination claim very difficult. Which is why we also say Don’t Quit! Call a lawyer first.

So in this particular case, yes, you’d want to contact a lawyer, a qualified employment lawyer, to discuss the particulars of your situation. We would be happy to answer any questions. Please feel free to call us or email us. Thank you.