You are here: Home / Blog / David Letterman: Power Differential is the Core Issue

Jack Tuckner was recently interviewed regarding David Letterman fiasco. We reproduce excerpts of his responses to the following questions: 1) Is it ever OK to date a co-worker and if so, when? 2) How often does this occur? 3) Should there be certain ground rules? 4) What if the company has a policy against dating a co-worker? 5) Letterman’s situation is complicated by the fact that he’s married. Is work the place most married men cheat?

It is always legally OK to date a co-worker if he’s actually a co-worker, and not her superior, as it’s all about the power differential, which yields an increasingly actual and/or perceived coercive status in direct proportion to the breadth of the power divide.   Clearly, sex among healthy young people living together in a workplace for upwards of 60 hours per week, is quite common and will never be successfully subject to tight regulation, although ground rules for “dating” a co-worker should start and end with proscriptions against managers dating their subordinates, because the situation is then fraught with potentially serious ramifications for both the employee (almost always a subordinate female) and the company, if and when the relationship sours and the bitterness of the spurned manager leads to an adverse employment action taken against the female employee exercising her right to terminate the relationship, thus laying the fertile foundation for a viable sex discrimination/retaliation lawsuit.  Or, the jilted employee turns vengeful  as as result of the emotional injury sustained through being left, and she treats her manager/lover’s actions as sexual harassment (he used me, then discarded me), thus involving and implicating the entire company apparatus, to no one’s benefit. 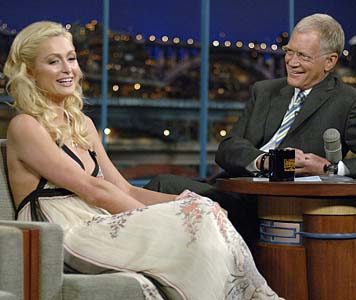 I don’t think that David Letterman’s situation is complicated by his marital status, save for his own ensuing problems at home.  With respect to workplace exposure and liability, it’s legally meaningless that he may have committed adultery, and I’d wager that married people at work commit adultery with co-workers in roughly the same proportion as they do outside of work, the same as single people have sex with co-workers in roughly the same proportion as they do with people they meet and interact with regularly in other non-work settings.  Letterman’s situation is complicated by the fact that he’s rich, powerful and at the very top of the corporate food chain.  He earns 31.5 million dollars per year, and the women he’s having sex with likely earn closer to 31.5 thousand dollars per year.  If you’re a 24 year old female staffer and David Letterman comes on to you, how can it be said that the romantic playing field is level?   What if they respectfully decline to sleep with this man who is almost 4 decades their senior, and who earns 1000 times more than they do?  Should they worry about their job?  And if they say yes, what happens when the inevitable new young female staffer takes her place?   The situation is highly volatile, as well it should be, and my personal view is that David Letterman needs to troll for his love interests in places not so inextricably tied to the economic fortunes of the women he chooses to sexually pursue when they walk into his gunsight.

Finally, while a company may fire you if they have a policy against dating co-workers and they determine you stand in violation of same, that would not make the conduct illegal, and in Letterman’s case, the company is his own and not surprisingly, it determined he hasn’t violated the written sexual harassment policy.  It’s my understanding that none of these women have formally complained of sexual harassment, retaliation or anything untoward in their treatment by Mr. Letterman, and on one level, who are we to interpose our judgment on a relationship involving consenting adults, if these women chose to have sex with Letterman and have not the slightest regret.   And without a complaining witness, without one who believes that the terms and conditions of her employment with CBS and WorldWide Pants were degraded due to unwelcome sexual attention from Mr. Letterman and/or his or their retaliatory reaction to her refusal to accede to his sex-based wishes, without the allegation of the creation of a “severe or pervasive hostile work environment,” there is no federal or state legal action to be brought against Letterman or the corporate entities that employ him.

Having said that, can a relationship be truly “consensual” when one of the partners holds all the power of the purse over the other partner, much like any other master/servant relationship?  It’s definitionally problematic and non-consensual, especially when gender pay disparity still so economically disenfranchises women, and this oppression is writ large in the case of the fabulously wealthy, famous, beloved and powerful David Letterman, who may treat his female staffers as fungible objects of desire to be scouted and taken at will.