You are here: Home / Blog / Time Off Work For A Breakup? 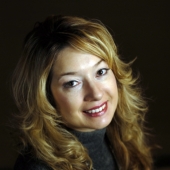 By Kiri Blakeley, FORBES You can take time off for health or child care issues, but where’s the corporate understanding about work disruption due to relationship turmoil?

When news broke that Sandra Bullock’s husband, Jesse James, was allegedly having an affair with a tattooed biker model, Bullock pulled out of the London premiere of her Oscar-winning movie, The Blind Side. A premiere without a film’s star might as well not be a premiere, so the studio kiboshed the entire thing. As the cheating scandal widened, Bullock canceled several other overseas premieres and an appearance on the Kids Choice Awards.

Media appearances, press junkets and premieres are generally not optional for a celebrity–they are often contractually obligated or, at the very least, considered a necessary part of the job.

Bullock is fortunate that not only does her studio, Warner Brothers, seem to be supportive of her time off, but she is also a big enough star that she’s in no danger of being rendered unemployable in the future over her ditched duties. A less bankable actor would likely not have had the same option.

And what about us average wage slaves? While it is generally acceptable in the workplace to take time off due to health reasons, child care issues, or the well-being of a parent, there is often scant corporate understanding when it comes to work disruption as a result of divorce, breakup or even general relationship turmoil.

Walking into your boss’ office and saying you’d like to take a few days off because your mother is sick (something I did in the past year) is a little different from saying you need to come to terms with the idea that your husband is schtupping a series of bimbos. Should this kind of time off be more widely available and acceptable?

Mental health experts seem divided over the issue. Irina Firstein, a New York City therapist with 20 years’ experience, says that relationship trouble should not be given the same leeway in the workplace as health issues. “These events, while very traumatic, don’t require a long time off work,” she says. “In fact, I think it is most helpful to try and continue your usual activities. This takes away some of the focus and energy on obsessively dwelling on one’s pain.”

Taking the opposite tack is Sally Wright, Ph.D., a consultant for clients like the American Psychotherapy Association, who says, “Situations involving relationship breakup are every bit as mentally and emotionally taxing as those which are characterized as ‘acceptable’ reasons. In fact they are often more difficult to deal with.”

Yet there persists the corporate and societal bias that relationship issues are not “serious,” despite reams of research indicating that divorce is on par with death in terms of emotional devastation. The Family Medical Leave Act covers certain employees whose parents or children are ill, but those suffering emotional woes take their chances when going up against an employer.

Labor attorney Jack Tuckner, who specializes in women’s rights in the workplace, represented a 26-year-old New York City woman who was fired from her company after taking nearly a month off work after her live-in boyfriend abruptly dumped her. “[The company] called her ‘weak-minded,'” says Tuckner, who settled the woman’s case.

And because companies often offer a narrow list of legitimate excuses for time off, with “cheating husband” or “fight with my boyfriend” usually not included, employees may feel compelled to lie. If the lie is discovered, employees risk compounding their difficulties by looking dishonest as well as “weak-minded.” (Imagine calling in sick only to have your boss catch you out crying into your margarita with your closest girlfriends.)

Tuckner advises those who may need to take time off due to personal issues be honest but vague with your employer (don’t divulge all the dirty details), give your boss a time-line of when you plan to return to work (two to three weeks off is about as much as one can reasonably expect), and to document your emotional state through a doctor or mental health professional. Even then, he warns, you still risk being marginalized at work after such a leave of absence.

But perhaps the tide is shifting. The human rights laws in some states and cities require that employers must accommodate reasonable requests due to mental anxiety, and those laws are beginning to be interpreted more broadly. “Mental suffering is getting closer to being a covered disability,” says Pryor Cashman labor attorney Josh Zuckerberg. But emotional distress isn’t protected in the clear-cut way that, say, blindness is.

However, there are decent compromises that employers can make to allow employees to regain emotional footing while not being forced into the role of emotional hand-holder. Heather Gatley, who oversees human resources for staffing firm AlphaStaff, says she has seen an increase in companies that offer personal time off (PTO)–to be taken for whatever reasons, no explanation necessary–in place of sick days or vacation time. Says Gately: “It’s unreasonable to expect that employees won’t need time off every once in awhile to attend to personal issues–whether renewing a driver’s license or nurturing a broken heart.”

Still, says Gately, even employers who offer PTO can require that those who want to take advantage of it give notice “as far in advance as is possible.” Unfortunately, one can never quite plan when you may discover your spouse or partner is a cheating low life.

Kiri Blakeley is a writer who lives in Brooklyn, N.Y. Her book, Can’t Think Straight: A Memoir of Mixed-Up Love, will be published in January 2011.