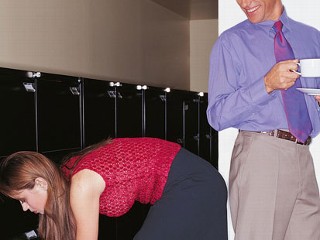 Dear WOUNDED: A co-worker says offensive things to me daily. I just don’t know how to shut him up.

ANSWER: Harassment shouldn’t be in anyone’s job description. But before we offer strategies to address harassment, we want to tell you about the “Annoy-a-tron.” This little slice of heaven for office pranksters is a tiny circuit board that you can hide in a plant or under a desk that emits an annoying beep. Because that just wasn’t annoying enough, the beeps go off randomly, so the little bugger is really hard to find.

Sounds like you’ve got you own Annoy-a-tron at work and unfortunately, you’re not alone. According to a recent survey, sexually explicit comments in the workplace have doubled in the past year. This shouldn’t be a surprise, considering 5 of the top 10 Google searches are sexually explicit. Freedom of speech doesn’t include the right to be offensive at work. We offer strategies for confronting a harassing coworker. For more, check out “Sexual Harassment on the Job” by Bill Petrocelli and Barbara K. Repa (Nolo, 1999).

There are some steps to take before you say word one to your harasser. Find a supportive ear with your boss, human resources department or your union. Your goal should be to develop rapport with them, not to report the harasser. You’ll also want to document what happened to you with dates and details. If this situations turns into a real drama, you’ll need a detailed record of what happened.

We may refuse to confront for fear of being seen as a prude or weak or humorless or hypersensitive or a tattletale, and the list goes on. According to Petrocelli and Repa, up to 90 percent of low- to mid-level harassment stops when you directly confront the harasser. So you can often end the harassment. You shouldn’t have to struggle to get your job done because of this kind of abuse.

Your harasser may be a jerk who is trying to offend you. Or he may be someone who is unconsciously causing a problem. That’s why it’s important to communicate your displeasure.

Subtle body language probably won’t register. Humor and “I feel” statements are probably also too soft. Look him directly in the eyes, without a smile describe the specific behavior you find offensive and then ask him to stop it. His comments or actions are directly affecting you so address him just as directly.

It’s really tempting to want to publicly humiliate the offending party, but you don’t want to go there. You get to set the example of respect here. Make certain you’re away from co-workers and management when you confront a co-worker. However, in the case of a potentially violent co-worker, you want to have a third party along as an observer (it really helps if it is someone they respect).

Use these tips and you should be able to eliminate your Annoy-a-tron’s obscene beeps at work.

Thought for the Week “See yourself confronting your fears in your mind’s eye and handling those fears like a champ.” â€” Les Brown

Filed Under: All Posts, Sexual Harassment