Following January 21 show of solidarity, many feminists posed critical questions about the direction of the movement. The call on February 6 initiated by many including Angela Davis and Rasmea Yousef Odeh pointed out that the militant movement cannot be co-opted by “corporate feminism” and must be inclusive, intersectional and emerge as “feminism for the 99%”.

The statement read:
“Lean-in feminism and other variants of corporate feminism have failed the overwhelming majority of us, who do not have access to individual self-promotion and advancement and whose conditions of life can be improved only through policies that defend social reproduction, secure reproductive justice and guarantee labor rights. As we see it, the new wave of women’s mobilization must address all these concerns in a frontal way. It must be a feminism for the 99%….
The idea is to mobilize women, including trans women, and all who support them in an international day of struggle – a day of striking, marching, blocking roads, bridges, and squares, abstaining from domestic, care and sex work, boycotting, calling out misogynistic politicians and companies, striking in educational institutions. These actions are aimed at making visible the needs and aspirations of those whom lean-in feminism ignored: women in the formal labor market, women working in the sphere of social reproduction and care, and unemployed and precarious working women.”

And so the gathering at Washington Square Park on the International Women’s Day heralded an unprecedented solidarity among feminists who recognized the need to go beyond the Trump phenomenon and recognize the women’s conditions of life that were rarely any better prior to last month. According to them, “It is not enough to oppose Trump and his aggressively misogynistic, homophobic, transphobic and racist policies. … Women’s conditions of life, especially those of women of color and of working, unemployed and migrant women, have steadily deteriorated over the last 30 years.”

Noticing a trend with women’s rights activisms in various countries from Poland to India, from Latin America to South Korea and Ireland, the organizers of the “Feminism is for the 99%” and “International Women’s Strike” created a platform for indigenous feminists, black lives matter activists, trans activists, Palestinian activists, nurses, sex workers, adjunct professors, international students, and so on.

Sharing with you all few photographs from the day, exclusively covered by Women’s Rights NY – 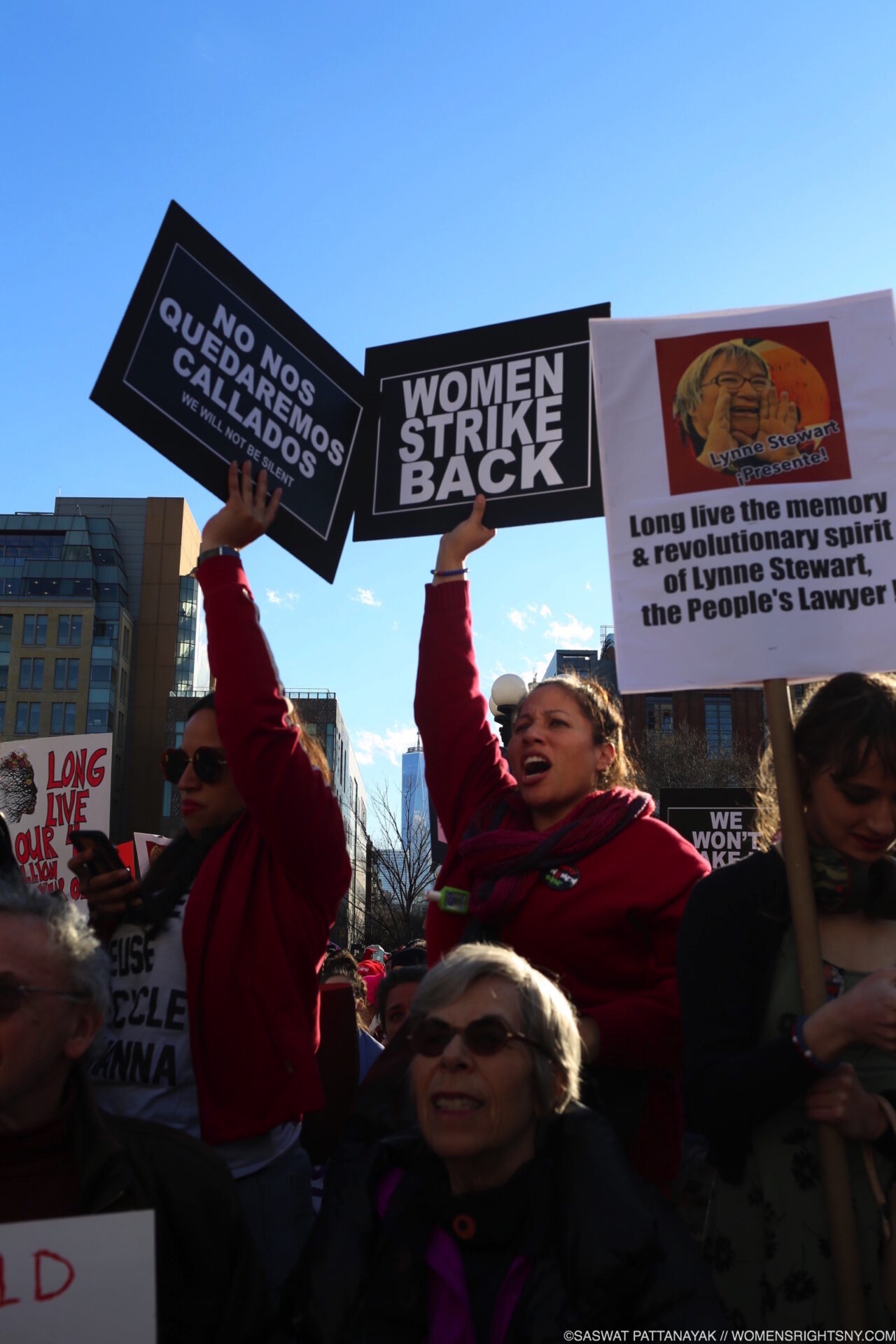 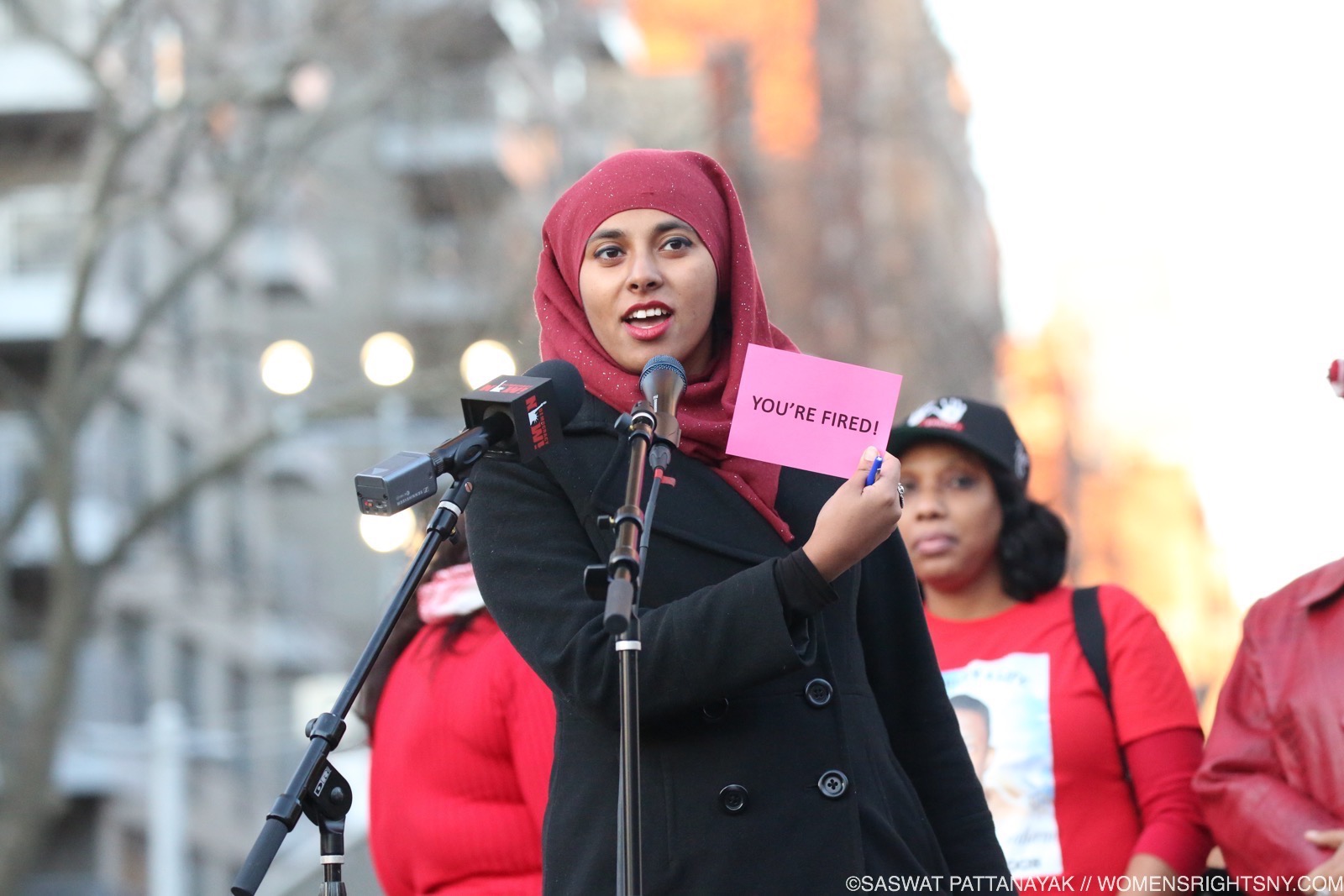 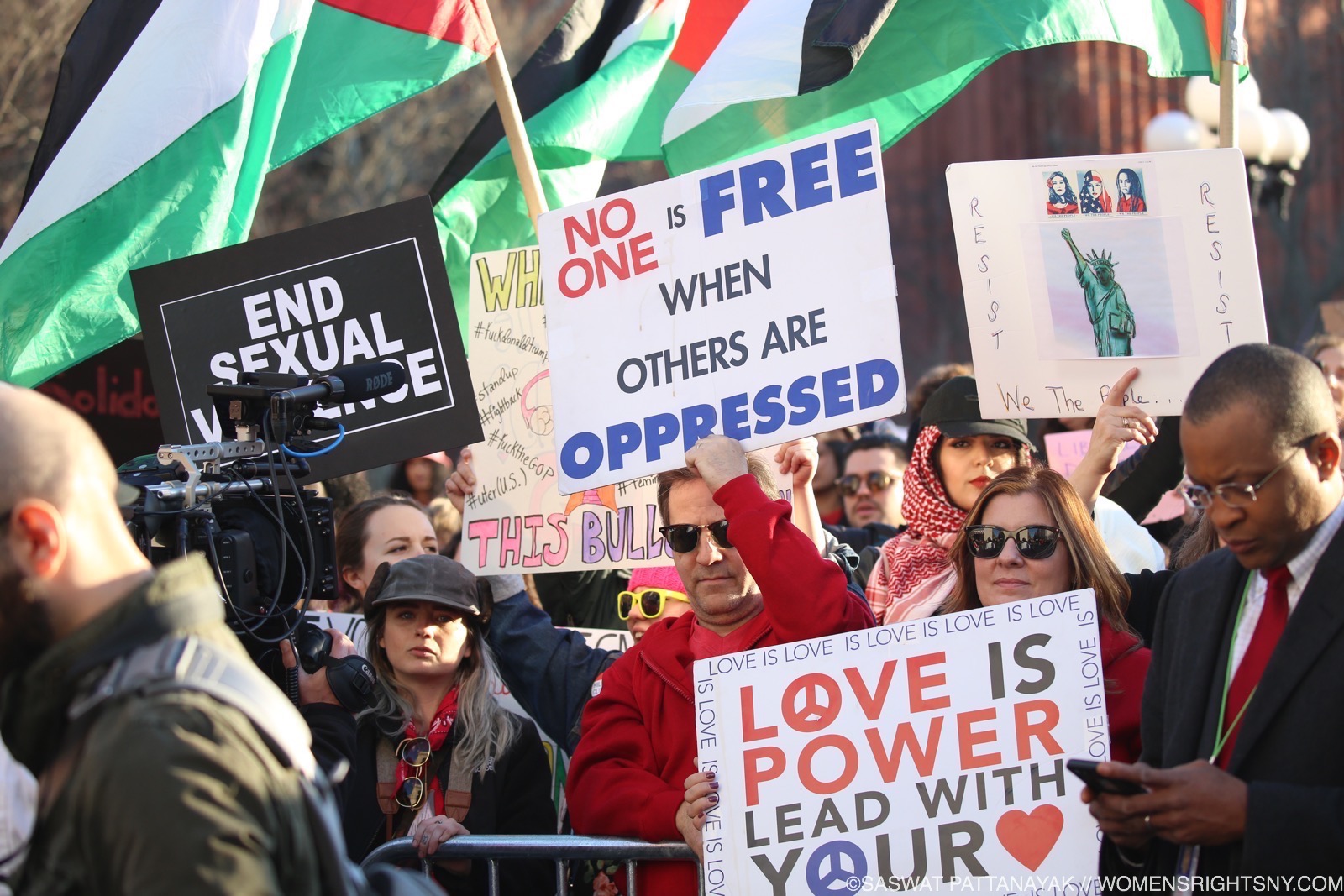 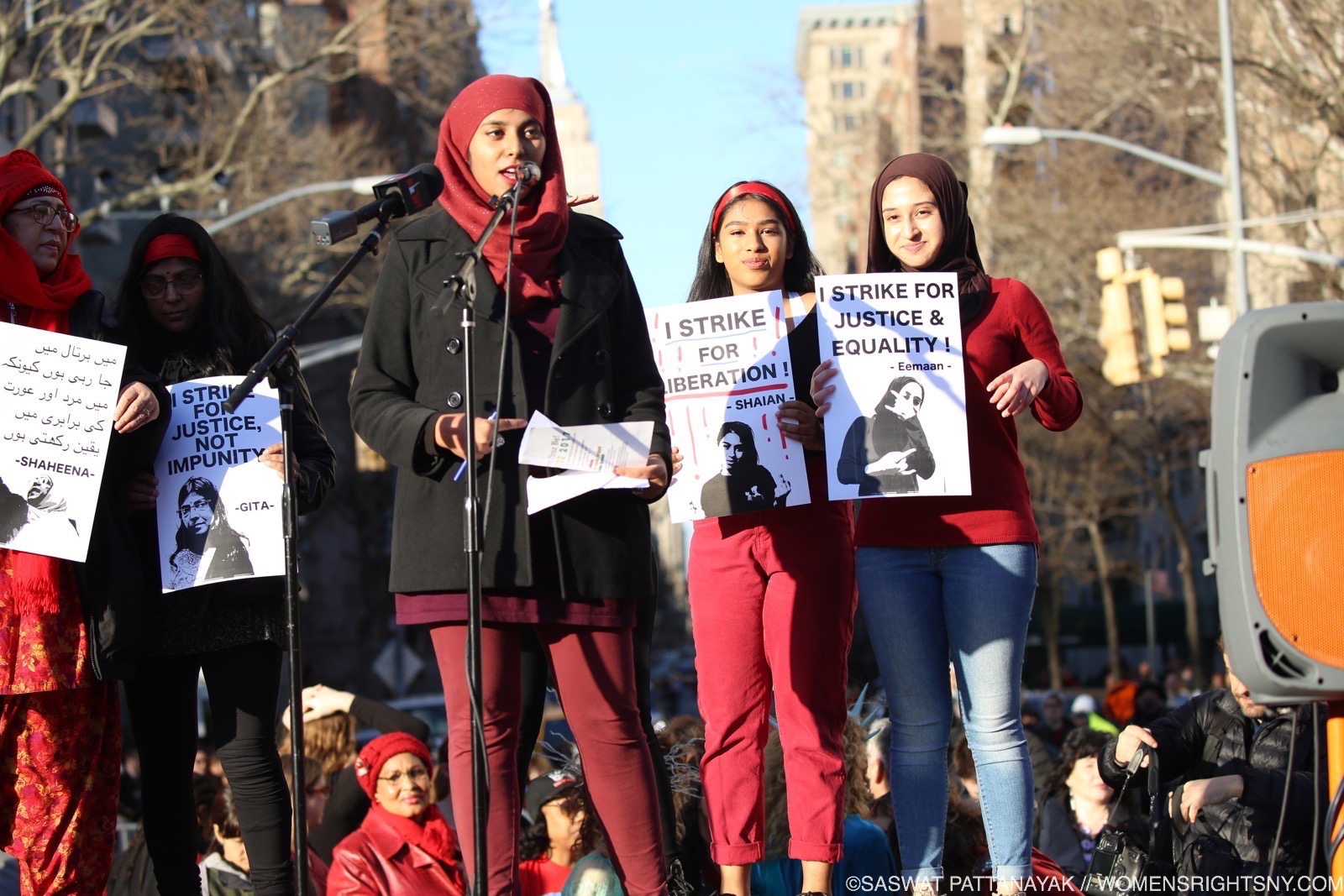 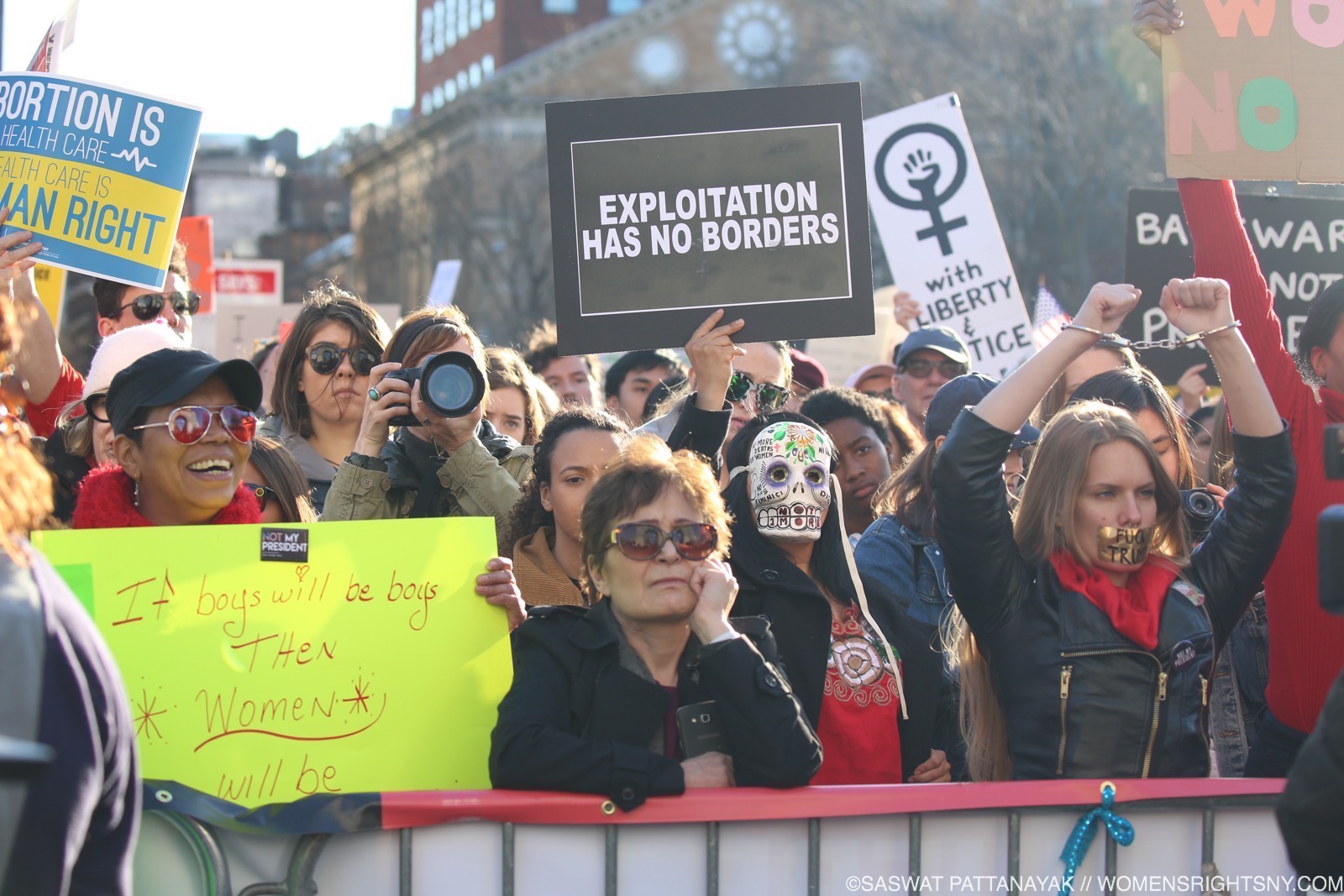 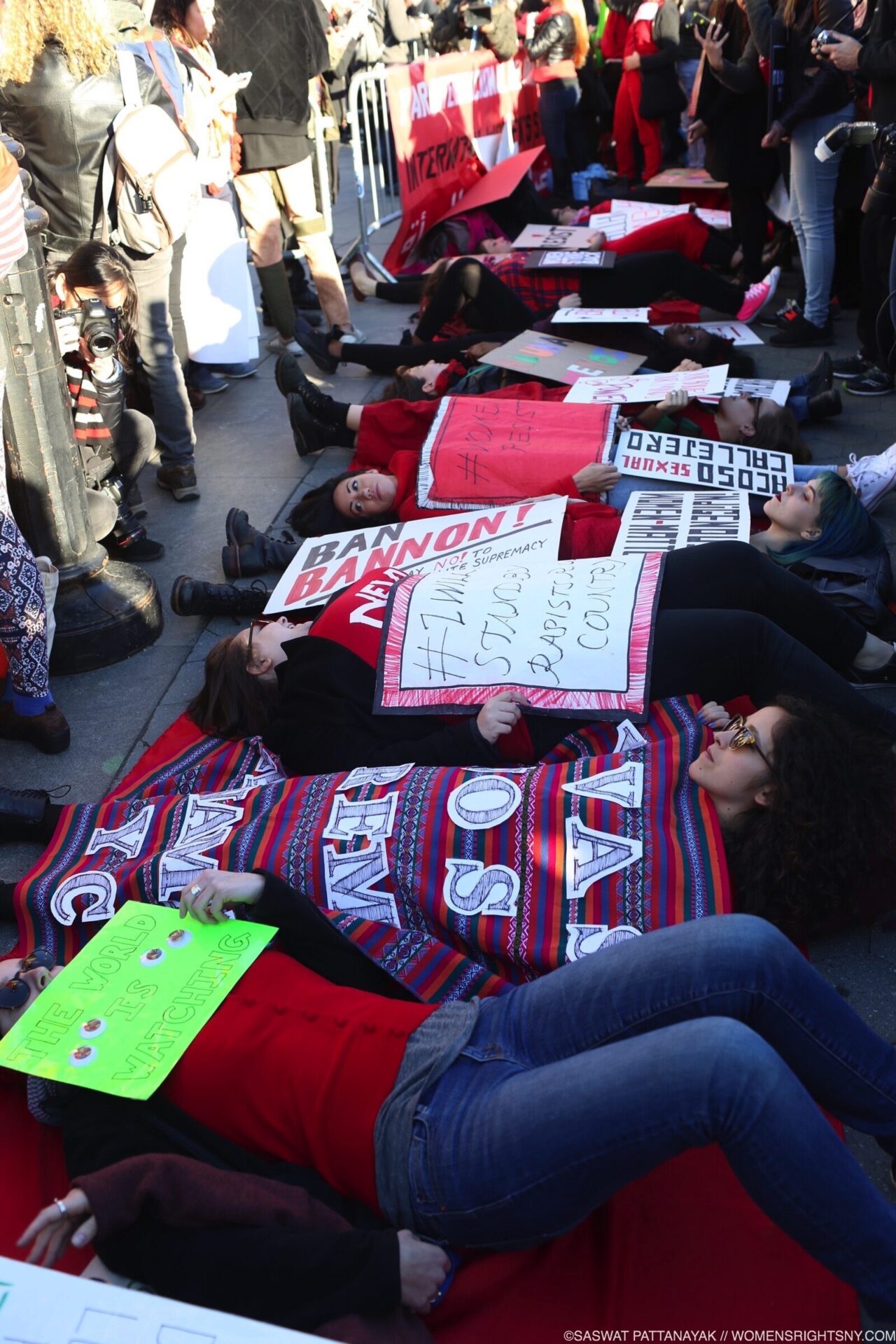 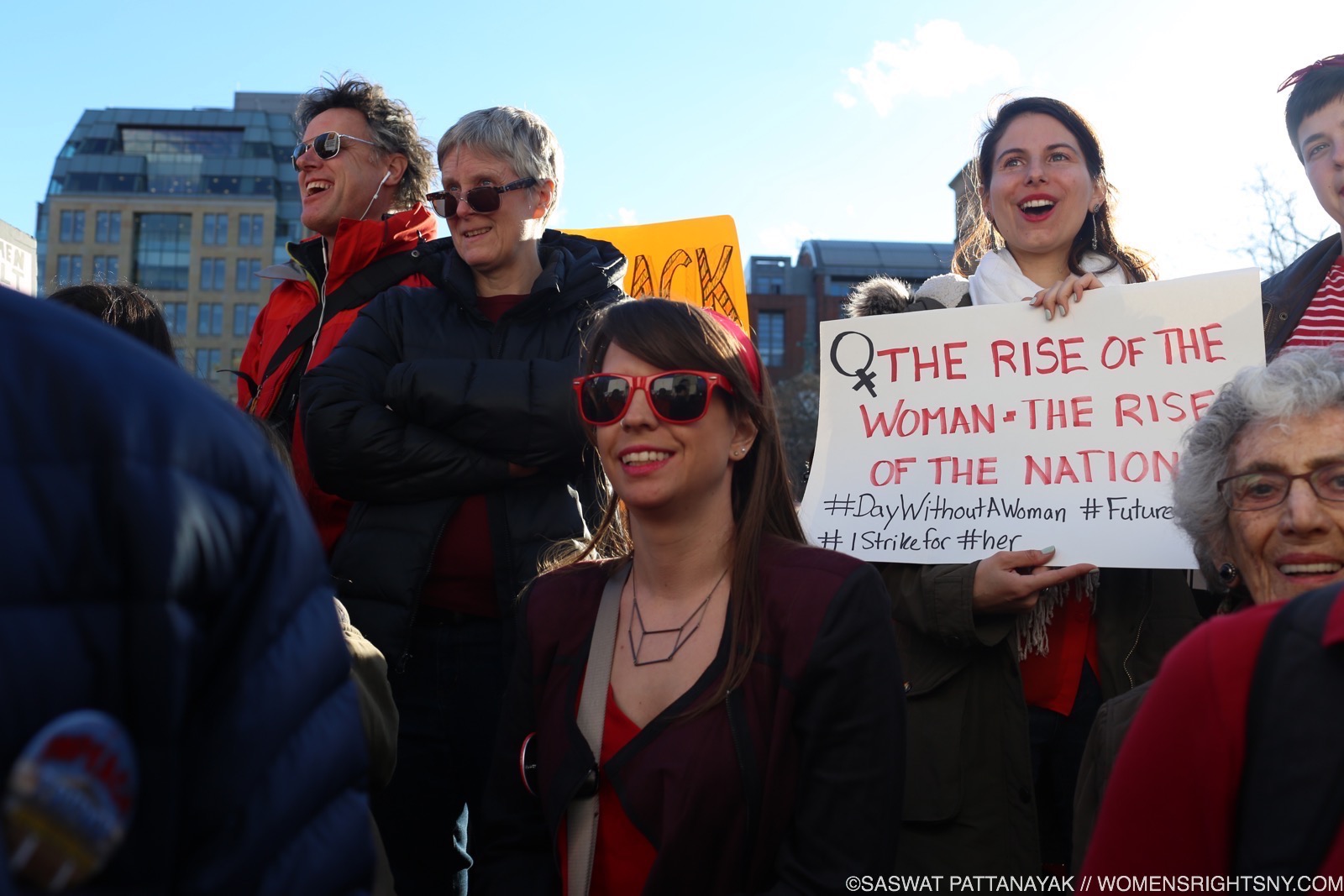