You are here: Home / Blog / Know Your Rights :: Age Discrimination and What You Can Do About It

In a time in our culture when corporations are persons and money is speech, when union membership is at historic lows, the middle class is collapsing, and 99% of all new income has gone to the top 1%, it’s sad but not surprising when brick and mortar retail establishments close their doors because they can’t compete with giant online vendors. If you’re one of the thousands of employees over 40 years old who have or will lose their jobs due to “restructuring,” or due to a “reduction in force” at your workplace, consider this while you’re deciding what to do next.

If your employer is actually eliminating your job, in other words, if it’s true that your position is gone and no one else will be performing it because the company is cutting back, and/or reducing its payroll and expenses for no other reason than to save money and stay competitive, it’s likely that your termination may be legal, in that if there’s no discriminatory motive, and if no one else was hired to perform your job functions after you’re gone, there may be no hooks to hang your hat on, so to speak, when it comes to finding legal leverage to hold your employer to account. 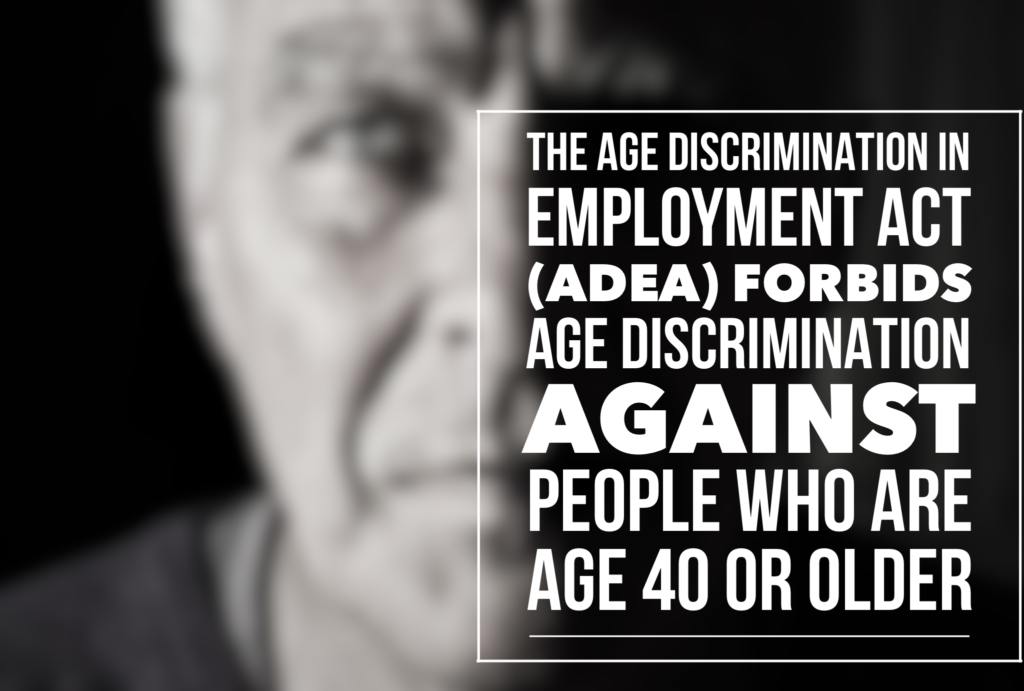 If your company notifies you that you’re being “laid off” due to restructuring or the like, they will almost certainly offer you a severance package based on your years of service to the company, because a restructuring layoff means that you’re not being fired for cause or performance, and then companies typically pay one or two weeks of pay for every year of prior service, which is often capped at 26 weeks of pay, even if you’ve worked there for 35 years.

The severance offer is almost always accompanied by an “agreement and release of claims,” which just means that you’ll be “releasing” your former employer from any potential later liability for discrimination or “wrongful discharge,” if you sign the agreement they’ll require you to sign to obtain the severance money. But what if you feel that your firing was discriminatory?

If you believe that the real reason given for your firing was because of your age—which is sometimes masked as a “restructuring” because older employees often have the highest salaries in the workplace, so then the “cost-saving” of your termination may be just a “pretext” for discrimination, meaning that they’re just using that reason as an discriminatory excuse to mask the real reason for your separation, i.e., your age, long experience and relatively high salary.

The federal Age Discrimination in Employment Act (ADEA) involves treating an applicant or employee less favorably in the workplace because of his or her age. The ADEA forbids age discrimination against people who are age 40 or older, though it does not protect workers under the age of 40, except that some states like NY have laws that protect younger workers.

Interestingly, it is not illegal for an employer to favor an older worker over a younger one, even if both workers are age 40 or older, yet illegal discrimination can still occur when the victim and the manager who inflicted the age discrimination are both over 40 years of age.

In addition to being 40 or older, to be covered under the ADEA your company must employ at least 20 people, but many state laws require fewer employees for coverage to apply, such as in New York, where only four employees are required before an age claim may be alleged.

Age discrimination is just about everywhere, and sometimes it seems that there are more calls to our office about age discrimination than sex, race and disability discrimination combined. Perhaps that’s because employers believe that older workers aren’t as mentally or physically nimble anymore, or that they aren’t as easy to train. Some employers allege they’re concerned that an older person is overqualified for the job and will quit the minute a better job comes along.

If you’re experiencing workplace hostility and/or if you’ve been fired and you believe that this is occurring because of your age, please feel free to contact me by email, or call us for a no charge consultation, so we can determine how we may assist you to hold your employer accountable.