You are here: Home / Archives for Journalism 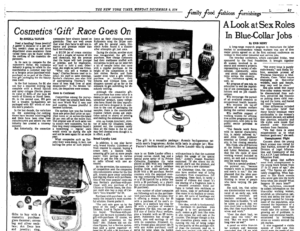 By Saswat Pattanayak New York Times faced a class-action lawsuit in 1974 brought against it by 600 of its own women employees. An affirmative action plan mandating progressive hiring practices was to be the outcome of its settlement, four years later. Who were these courageous women and what were their professional commitments like? Today’s New […]