You are here: Home / Blog / New York Salary History Ban – What it Means for Workers 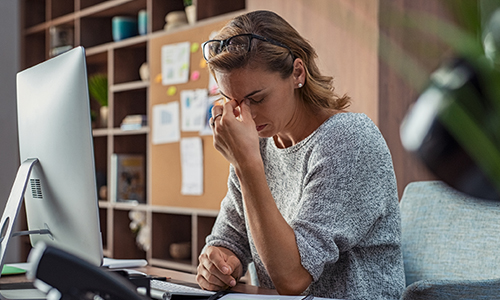 Effective January 6, 2020, New York State will become the eleventh state (with New Jersey about to become the twelfth), with a salary history ban that applies to employment applicants.

In other words, unless you volunteer your salary history (and you should not do so, unless you believe that it will be a strong negotiating point for commanding a higher salary), your prospective employer cannot legally ask you about your salary history, so you’ll no longer be stuck perpetuating the diminished salaries women have historically been required to accept.

What’s Behind the Salary History Ban?

Salary history inquiries have been the driving force behind unequal pay, as successive employers reinforce the discriminatory pay that women have suffered by offering salaries in accord with past discriminatory practices. Thus a woman being discriminated against by one company in the form of lower pay would be forced to continue accepting diminished pay even when she moved to a new company, as the new company could use the lower pay at her old job as justification for paying her less at the new job. Women could never break free of discriminatory and repetitive cycle of earning less than men for performing equal work.

The salary history ban eliminates this continued pay discrimination, since the new company will not know how much the woman made at her former employer. The new company then would need to offer a fair wage for the position being sought based on sex-neutral factors.

What Other States, Cities, and Counties Have Enacted Salary History Bans?

What are the Exceptions to the New York Salary History Ban Law?

While employers are prohibited from asking about your past salary, the law does not prevent an applicant or current employee from voluntarily–and without prompting–disclosing or verifying salary history, including for the purposes of negotiating wages or salary.

Additionally, the New York state law allows employers to confirm salary history if, at the time an offer of employment is made, the applicant responds to the offer by providing past salary information to support a salary higher than the salary being offered by the employer.

What Should You Do if You’re Being Asked to Disclose a Previous Salary?
What are Your Remedies under the New York Salary History Ban?

So, what should you do when being directly asked to provide your salary history? Don’t provide it—as it’s already illegal for NYC employers to even ask—and it will soon be illegal for all New York employers to ask about salary history starting in January 2020. This prohibition is becoming the national trend–and it’s great news–as women are no longer boxed in by past discriminatory practices that resulted in diminished pay compared with men.

When you’re not using your prior salary as a guide, you’ll need to do a little more research to find out what a reasonable salary might be so you’re prepared for the negotiation process, and you should negotiate with the prospective employer. Even if you would take the job at the salary offered, you may be leaving money on the table if you don’t negotiate and ask for it.

Before you begin negotiating for your salary know the market rate for this position, so you’ll have a clear understanding of what’s realistic. Know what the approximate market rate is for the position you’re applying for in the specific field, function and geography. If you go into the negotiations with research to show that you’re serious about getting the money you’re worth and that you have evidence to back up your salary request, you’re more likely to get it.

When you’re not allowed to disclose your past salary, it’s important to know what someone in the same job, in the same area, and with your experience level is paid so you have a basis for negotiations. Let them know that you have researched the field and the typical salary range for this job is such and such based on your research using Glassdoor.com or Indeed.com to learn the prevailing wage for the job you’re considering. Payscale.com and the Bureau of Labor Statistics also have comprehensive information on earnings for various professions in different parts of the country. Even if you live in a state where you’re allowed to disclose your salary, you’ll still be better served by referencing a researched figure for your desired salary, rather than basing your salary request on what you’ve earned in the past. Make sense?

Unless you feel that your current salary is particularly impressive and you’re trying to get the prospective employer to offer you more in order to lure you away from your current job, your salary request should mostly be based on what the prospective job is worth, not what some previous hiring person thought the job was worth, or what your friends think the job is worth.

Show the Prospective Employer that You’ll Add Massive Value to the Organization.

If you’re asking for more money than you were initially offered, be prepared to explain during the interview process why you believe that you deserve higher pay. It’s generally a more effective strategy to advocate for yourself if you link your value to what you are offering the prospective employer than it is to expect your value to be based on some unrelated factors, like what you feel you need to live on, or what you feel you deserve because you are 45 years old, or what a salary calculator website such as salary.com estimates is an average for the type of position you’re seeking, If you focus on these aspects throughout the interview process the  employer is more likely to consider you an informed and top hire for the position, as you’re  demonstrating that you’re a strong hire throughout the interview process, so you’ll maximize your chances of getting the salary you’re looking for without revealing your salary history.

When hiring managers are no longer able to base their job offer on past salary because they’re banned from asking about it, they may probe your thinking about what you believe constitutes fair pay for the position sought, yet that doesn’t mean you must immediately respond to them.

If the salary question arises during the first phone interview, for example, it may be too soon to lock yourself in to a precise response. Consider letting the employer know that you need time to thoughtfully consider the answer. You could respond by saying that your salary requirements depend on the details of the position and the total package; that you’d want to know more about their expectations for this role before committing to fixed number on it. You could also put the ball back in their court by asking if they could provide you with an idea of what the position is budgeted for; this way you don’t sell yourself short too early in the game.

In my experience counseling employees for the past two decades, I’ve noticed that often delaying negotiations often pays off because you’d stand a better chance to make yourself the most attractive candidate the further you go into the interview process. After you get the job offer–and have shown your prospective employer how valuable you are–then you can negotiate, so don’t bring up your fixed salary expectations before you sell yourself. It’s a fundamental tenet of job negotiations that the employer needs to know you’re the best candidate, so set the stage for negotiation by showing that you are the best person for the job.

Whenever Possible Use Other Job Offers to Leverage Higher Salary Offers.

Important point and distinction: While NY and other states and cities may preclude employers from seeking your past salary, that doesn’t mean you can’t disclose what another company has offered you. The best way to maximize salary negotiations is to have multiple job offers to influence and entice employers to see you as the most desirable candidate, so it’s always strategically powerful to keep many irons in the fire as you search for your next position.

Last but not least, during the negotiation process, don’t limit yourself to just asking for a higher salary; find out what benefits the job offers, such as the amount of paid vacation time, health insurance, daycare, or educational benefits etc. You may find that it’s worth it to accept a lower salary amount if you will enjoy additional benefits such four weeks of paid vacation.

Some jobs also offer disability and life insurance policies; retirement contributions and benefits that impact work/life balance, such as flex time. If you can’t get your employer to give more ground on salary, they may be much more willing to meet you in the middle on these other valuable benefits if you know how to negotiate a salary effectively, and often the benefits are important monetizers and enhancers that job applicants fail to consider upfront.

If a prospective NY or NJ employer still insists on obtaining your past salary information, you can tell them that you cannot do so under the new law.  Of course, the company may not hire you as a result, which would then give you a right to seek legal action through filing (or at least threatening to file) a lawsuit against the company violating the law.

If there’s no other way to resolve this pay dispute prior to litigation, the law provides employees with access to state court through the filing of a civil lawsuit, where the court may award compensatory damages, injunctive relief (requiring the employer to stop its illegal conduct), and reasonable attorneys’ fees if you win. Again, the NYS law goes into effect on January 6, 2020, and the NYC law is already in effect, if you’re applying for a job in the city.

Despite the current federal law hostility toward civil rights, there’s been a definite cultural and state law trend in favor of expansion of equal pay and paycheck fairness laws, and if you’re lucky enough to work in New York (where this women’s rights law firm is located), your right to be paid equally as a woman has never been clearer and stronger as a matter of law, and your legal leverage and financial remedies for unequal pay are stronger than ever.