You are here: Home / Blog / What Laws Prohibit Sex or Gender-Based Pay Discrimination? 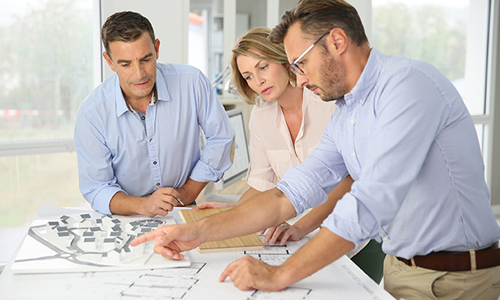 If you believe that you are being paid less than your male counterparts for performing an equal or a substantially equal job, you may be interested to learn the laws protect you from illegal pay discrimination. The following is a summary of such laws that may apply to New York workers:

Who is Covered by the Unequal Pay laws?

Title VII and the EPA cover all private and public US employers that employ 15 or more people.

Many state and city laws also make it illegal to discriminate based on sex (or gender), and many of those laws—such as the New York State and New York City Human Rights Laws—provide far broader protections for sex discrimination, including unequal pay, than the federal EPA.

And, the NY Equal Pay Law now applies to all NY employers, regardless of size.

Pay secrecy policies restrict workers from sharing information about their pay with other workers. Historically, these laws served to perpetuate gender-based pay discrimination. A male worker could not, under such policy, share his pay information with a woman for fear of being fired and women, conversely, were kept in the dark about how much their male counterparts were making. If a woman found out about how much a male counterpart was making (such as by accidentally overhearing him talk about his pay), she knew that he might be fired if she then went to management and told them that she knew she was being paid substantially less than him.

In addition to New York, New Jersey has also passed a comprehensive equal pay law. Effective July 1, 2018, the Diane B. Allen Equal Pay Act became one of the better equal pay laws in the country. Before its enactment, equal pay was governed generally by the flawed federal law and the NJ Law Against Discrimination (NJLAD), which is aimed at abolishing pay disparity only on the basis of sex.

The NJ Equal Pay Act amended the NJLAD by expanding the ban against pay discrimination because of an employee’s inclusion in any protected class. That means equal pay for everyone regardless of race, gender, age, ethnicity, religion, etc. Very nicely done, New Jersey.

This NJ law will increase the possibility that women uncover pay discrimination, it strengthens the avenues of redress when women are seeking workplace justice, it expands the number of years of back pay a victim of sex-based pay discrimination can recover, and it promises the possibility of treble damages (three times the actual harm done), compensatory and punitive damages to deter companies from perpetuating wage discrimination, and attorneys’ fees to the winning unequal pay Plaintiff. This attorneys’ fee provision makes it much more beneficial for a worker who is subjected to illegal pay discrimination to bring a case, as workers will be able to keep more of the judgment against the company if you win your unequal pay case in court.

What are the Federal Remedies Available if My Company is Guilty of Pay Discrimination?

Plaintiffs who prove their claim of unequal pay as sex discrimination may recover: (depending on whether a case is arbitrated based on a collective union contract or litigated in federal court)

Remedies also may include the payment of:

Are you Protected Against Retaliation under Federal Laws, i.e., Title VII and the EPA?

Yes. As long as your company has at least 15 employees, it’s unlawful for your employer to retaliate against you for “opposing an unlawful employment practice” that discriminates based on compensation; or for filing an internal discrimination complaint, testifying, or participating in any way in an investigation, proceeding, or litigation under Title VII or the Equal Pay Act.