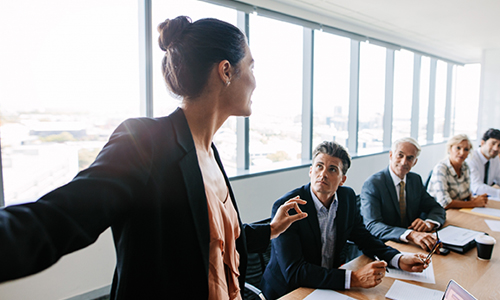 This past summer (2019) New York state expanded its Pay Equity Law, making it illegal to pay someone less based on all “characteristics” including race, religion, disability or gender identity, etc. New York State (and New York City) also passed a salary history ban, so starting in 2020, no longer may a prospective employer ask about your salary history (which has historically only served to perpetuate past gender pay disparity, which is undeniably sex discrimination in terms of women’s pay vs men’s pay for comparable work.

In November 2015, New York State became one of the first states in the United States to pass a pay equity law that was more extensive than the federal Equal Pay Act. When this law went into effect in January 2016, the statute, the New York Labor Law §194 was amended to:

Put the burden on employers to affirmatively demonstrate that any pay differences are based on one or more of a limited number of factors. In addition to the same three affirmative defenses mentioned above when discussing the federal Equal Pay Act, New York added the following as a far more employee-oriented affirmative defense:

A bona fide factor other than sex such as education, training, or experience.

First, the limited number of factors excuse allowed employers to pay women less than men if such pay differential was not discriminatory, such as pay distinctions based on seniority or experience, but it also allowed companies to make all kinds of excuses for paying women less than men if the company could demonstrate that there’s some other factor—any other factor—as long as it’s not rooted in gender discrimination. The NY law added the important caveat that it must be a bona fide factor—not just “any other factor,” so the exception to paying women less than men for performing comparable work will apply only if the employer demonstrates that the reasons for the pay differential is not based on or derived from a sex-based differential in compensation, is job related with respect to the position in question, and is consistent with a “business necessity.” And even then, this defense to paying women less than men will not apply if there is an employment practice that causes a discriminatory unequal workplace pay disparity, or if the employer refuses to adopt a neutral alternative practice that would serve the same business need. In other words, it is much harder now for your company to weasel out of paying you less than men for performing equal work.

The new NY law also prohibits employers from barring employees from inquiring about, discussing, or disclosing wage information, and it increases the remedies for willful gender pay violations to 300% of the wages due for paying you less than comparator men. That’s triple “liquidated damages,” which can amount to recovery of quadruple the pay differential—the discriminatory pay disparity—plus the triple liquidated damages award). There are some real teeth in this new law to remedy many decades of cumulative gender pay injustice.

You Don’t Need to Have the Same Job to Show Illegal Pay Discrimination.

This new Equal Pay Law also allows employees to be compared even if they don’t hold the “same” job. The new law (which went into effect on October 8, 2019), requires only a showing that the employees are doing “substantially similar work, when viewed as a composite of skill, effort, and responsibility, and performed under similar working conditions.” See the difference? It’s now about the totality of the job requirements.

Now, if your job is substantially similar to Bob’s, when you factor in the working conditions and the level of skill, effort and responsibility that you and Bob’s jobs require, the jobs may be entirely different—and certainly not the same—yet still be considered substantially similar.

The New York law expands upon the protections under the federal Equal Pay Act and provides employees with more tools, leverage and remedies to use against sexist employers.