You are here: Home / Blog / Women Can’t Do Tech: The Big Sexist Lie That Won’t Ever Die

Why the Google Anti-Women Memo is Wrong

In the recently published book, “Programmed Inequality: How Britain Discarded Women Technologists and Lost Its Edge in Computing,” University of Wisconsin Professor Marie Hicks suggests that the rampant sexism in the tech world is a matter of deeply ingrained sex discrimination, not “neuroticism” or “biological differences” as was argued last week after an internal memo from a Google software engineer went viral, causing his termination.

Despite the hype and the sexism, women are objectively not worse at computing than men. The reality is that women were foundational to the field. When women suffer from discrimination in this field, computing suffers, too. One glaring historical example of how this theory occurred, is the post-war years in England, which then enjoyed a thriving female-centric computer industry. 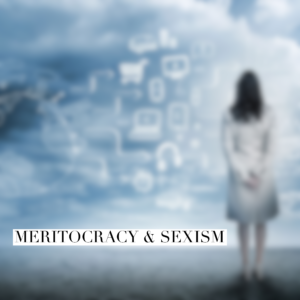 The Role of Women in British Computer Programming

Using these computers, British women helped turn the tide of World War II at a time when the best electronic computers in America were still in their infant testing phase.

Following the war, England led the advancements in computing, deploying the first dedicated business computer and shoring up an industry that seemed about to dominate the rest of the industrialized world. The largest British companies employed women and sent them to train managers and their staffs on how to program and use these expensive new machines. Women were the first computer experts, i.e., technically minded people who trained others to make these complex and intimidating new machines usable for non-technically minded employees.

Why don’t we know who these women are? Sexism, of course. The technical work of early computing required significant skill, but it was perceived as less intellectual because girls were doing it. Who performed the work, not the content of it, or the skill involved, defined its worth.

By 1960, computers began to be recognized as tools for wielding power, which seemed too important to leave to women, right? So, as a result, women were tasked with training men to replace them. Inexperienced men with no technical skills quickly became managers and computer “professionals” and they were paid more than the women who had trained them.

Next, the British government explicitly banned female programmers from taking the entrance exams for these higher posts, despite meeting all the qualifications and more. No management jobs meant no opportunities for skilled female computer professionals to be gainfully employed.

Guess what happened? Such gender discrimination caused persistent programmer labor shortages, resulting in computer installations growing more centralized to accommodate the small group of male British technocrats who were able to run these machines. So, the government began demanding ever-larger mainframe computers and the British computing industry poured its resources into giving the government what it sought, though gigantic mainframe machines were not productive, and growing obsolete. Labor shortages caused by the sex discrimination ultimately doomed Britain to producing technology that nobody wanted.

The Truth Behind “Meritocracy”

This notion that companies award employees based on merit alone, and that men are better at computers than women is pure fiction used to make false claims about women’s and men’s supposed talents. When people talk about a “meritocracy” at work, they’re usually rationalizing the outcome they want. When women perform the same job as men — sometimes even with more skill — employers always find ways to undercut their expertise; women are paid less, they’re promoted more slowly and/or they’re fired more often and for sillier reasons. The same happens to people of color and other visible minorities, such as the older and the disabled.

According to Prof. Hicks, history shows that the identity of the person doing the job usually matters more to how the work is valued than the content of the work itself. Isn’t that obviously true? When men and women do identical work, they still face systemic gender pay disparity, even at Google. History demonstrates that the idea that women are inferior in technical fields is just plain false. The Google memo is not a well-reasoned argument but a tired, rationalizing sexist rant that seeks to dismiss women’s talents when they’re perceived as being too powerful.

The world suffers when the potential of women and minorities are squandered and suppressed. One day we’ll all wake up to that lesson and finally learn it. Equality is good for business.