You are here: Home / Blog / New York is Leading the Way on Gender Pay Equity

The gender gap in NY is the lowest of all 50 states. That’s pretty cool. 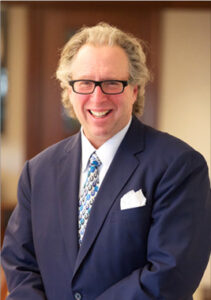 When I was a young lawyer back in 1988, I met an attorney in court who had graduated from an Ivy League law school in the late 1960’s, yet still she struggled to find a job upon graduation.When she finally landed a big firm job, the managing partner told her that of course she’d be paid less than the male associates because she was married and they had “families to support.”

What Does the Federal Equal Pay Act Say about Gender Pay Discrimination?

The federal Equal Pay Act was enacted in 1963 “[t]o prohibit discrimination on account of sex in the payment of wages,” yet more than 50 years later women still earn considerably less than men performing comparable work. According to the Institute for Women’s Policy Research, full-time female employees made only 80 cents for every dollar earned by men, “a gender wage gap of 20 percent. Women, on average, earn less than men in nearly every single occupation for which there is sufficient earnings data for both men and women to calculate an earnings ratio.”

The Gender Pay Gap in New York – Less than Other States

Yet in New York, the US Census Bureau estimates show women in the state earn 88.7 % as much as men–more than any other state–compared with 79.6 % overall in the U.S.  Why is NY so much more fiscally female-friendly? One reason is a sort of an occupational segregation, as the types of jobs women and men hold vary by state, as in states such as North Dakota, for example, the high paying oil industry is completely male dominated, so the state ranks pretty poorly on the pay equity scale, and New York City also drives up NY state’s pay equity ranking, as so many highly-paid women work in Manhattan that it skews the distribution upward.

New York state also has a relatively high minimum wage, so there’s a much smaller wage gap at the lower end of the distribution, and the higher wage ends up making a big difference. The minimum wage in New York is $9.70 as of August 2017, and it’s being raised to $10.40 on December 31, 2017, compared to the still crazy low federal minimum wage of $7.25. A higher minimum wage creates a higher pay floor, reducing the gender wage gap for lower-income folks. 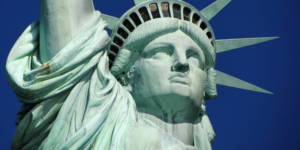 Even more importantly, New York is the most recent state to enact a law to address unfair gender pay disparity. In January 2016, the Achieve Pay Equity Law went into effect, seriously bolstering New York’s own Equal Pay Act, which is embodied in the N.Y. Labor Law §194.

Under New York state’s Equal Pay Act before this new Achieve Pay Equity amendment was passed, women and men were to receive equal pay for equal work, unless the difference was attributable to a seniority system, a merit system, a system that measure earnings by quantity or quality of production, or any factor other than sex. Now, under the new law, your company no can longer cheat you out of compensation while relying on the “any factor other than sex” defense to justify a pay differential, as that loophole allowed companies to argue all kinds of nonsensical justifications for paying women less than men. It’s much more difficult for your employer to get away with gender pay disparity now, because unless one of the other justifications mentioned above apply to your situation (less experience, education, etc.), the company must demonstrate a “bona fide factor other than sex, such as education, training and experience,” to justify the unequal pay. But this bona fide factor can’t be based on a sex-based difference; it must be job-related to the position in question; and it must be consistent with “business necessity,” defined as a factor that bears a manifest relationship to the employment in question. In other words, if the reason for the pay differential is bogus or caused in any way by a sex-based motivation or impact, it’s illegal, and that includes using such factors against you as your “salary history,” a common method that employers use to perpetuate gender pay disparity.

Employers often use an applicant’s current or past salary as a guide to what they’ll be willing to pay a new hire: Why pay an employee more than she asks for or more than the minimum necessary to hire her, and in this way, “salary history” is a “factor other than sex.” But is it a “bona fide factor other than sex,” in the way that education, training or experience is? Does your salary history meet the “business necessity” definition? This employment lawyer believes that it does not meet that high standard, as salary history maintains existing pay gaps, and asking to use such criteria for hiring has an illegal “disparate impact” on women.

So, are employers permitted to ask about your salary history? Not if you’re applying to work in New York City after October 31, 2017, or anywhere in Massachusetts after January 1, 2018, and similar to the NY state law mentioned above, the NYC and MA laws explicitly permit all employees to share wage information, so that you can find out whether a co-worker who’s performing the same job as you is being paid more. The company can still impose reasonable limitations regarding the time, place and manner of such salary sharing discussions, and of course you are not obligated to disclose your wages if you don’t choose to do so, but the company can’t ultimately interfere with these discussions, in fact, they must now facilitate them.

Bottom line? This pay equity stuff is serious business, as well it should be, and if your employer is found liable for violating the new NY state law, the company faces a “liquidated damages” assessment of 300%, or three times the wages you’ve lost wages due to the pay discrimination.

At the end of the day, wherever you work in the United States, gender pay disparity is sex discrimination, plain and simple, so if you’re a woman who has reason to believe that you’re being underpaid relative to men performing substantially similar work for your company, be sure to formally complain of such gender pay disparity and sex discrimination by documenting it in writing to your company, and then allow them a reasonable period of time to investigate this protected civil rights complaint and to correct the unfair and unequal pay situation. If they do not, please feel free to contact us, or an employee rights law firm in the state where you work.