You are here: Home / Blog / Florida Becomes the First State in the South to Adopt $15 Minimum Wage

Florida voters have facilitated raising of minimum wage in the state to $15 an hour. This is a remarkable development in history of labor rights movements in the United States, and because Florida is the first state from the Deep South, especially so for the “Fight for $15 movement”. It is notable also because prior to it, there were only seven states who had adopted such a raise in minimum wage policy. The struggle for a universal $15 minimum wage is far from over, of course. But if Florida could approve it, this hopefully raises the bar for rest of the more progressive states in the country.

The movement to enforce $15 hourly wage had started off with New York fast-food workers back in 2012, who put up a unified movement that attracted global headlines. Soon thereafter it gained political momentum with Bernie Sanders, among others, actively campaigning to make it a core issue to their campaigns. Finally the biggest corporation in the world, Amazon, institutionalized the minimum wage raise. It is crucial to remember that there was no sudden change of heart among the billionaire class regarding the raise – it was a result more of a persistent effort on part of organized workers.

$15 minimum wage is still no panacea. It is a minimum wage, but not a livable wage. There are cities in the USA which are so expensive to live in that $15 hourly wage can hardly guarantee a rental residence, let alone a dignified standard of living. And yet, this remains the first step towards bringing about a change in outlook when it comes to appreciating what can be done when workers get together to realize their demands. 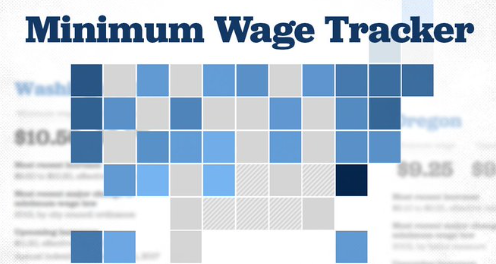 Little wonder then, that since January 2014, effective minimum wage has increased in 29 states and D.C., and 48 localities have adopted minimum wages above their state’s minimum wage requirement. This is not to say that they have reached or exceeded the $15 threshold yet, but the progress is ongoing and steadily gearing up towards that end. On the flip side, there are 7 states (Alabama, Georgia, Louisiana, Mississippi, South Carolina, Tennessee, and Wyoming) that have no minimum wage law – so $7.25 hourly wage is the only option that can be enforced there (Please click here to access the Minimum Wage Tracker from Economic Policy Institute).

Under such disturbing scenarios, when Florida has stepped forward to pass $15 minimum wage, it is a welcome endeavor (even as it won’t come into effect until 2026).