Four states have passed laws to prohibit abortion before women learn they are pregnant. 18 states have laws to restrict abortion if Roe v. Wade is overturned. In the latest instance, Alabama has banned abortion at every stage of pregnancy, and regardless of rape and incest. There is a punitive component to it as well – doctors who perform abortion will be imprisoned for upto 99 years. The day after Gov. Kay Ivey of Alabama signed into law that bill, Missouri state Senate has also passed a bill banning the procedure at eight weeks – a clear indication that Roe is being targeted. 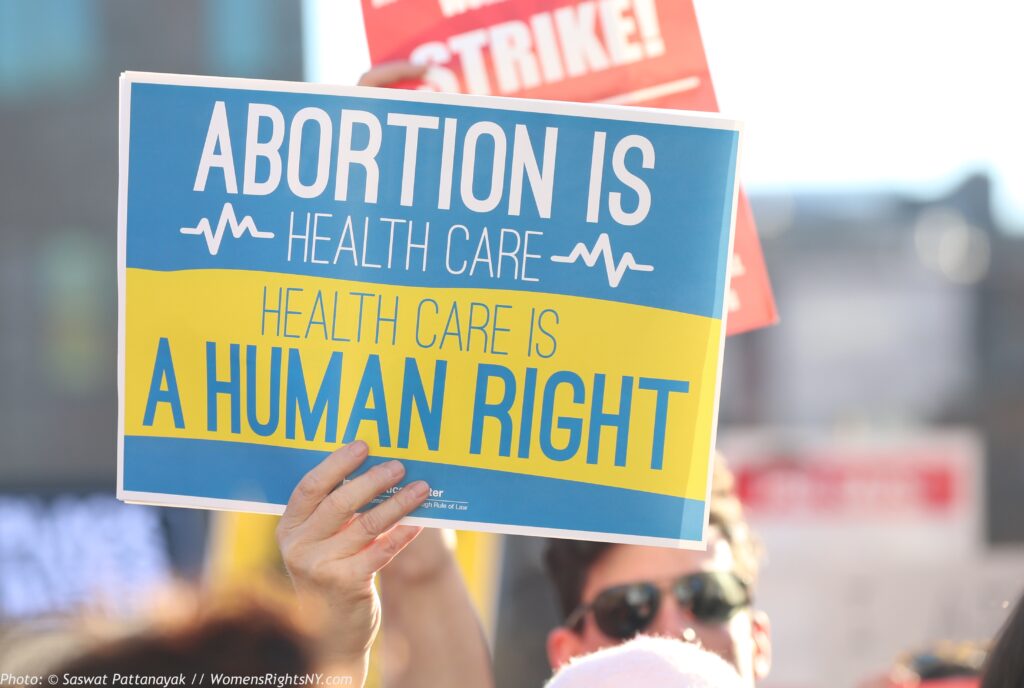 Everything that was gained for women’s rights through Roe v. Wade today stand threatened. The governing principles of reproductive rights that have served the women with their rightful agency for nearly half a century, today are under a regressive review. Suffice it to say, never before was the advancement of American women in asserting themselves as autonomous beings under such a precarious turn.

Considering Supreme Court’s anti-choice majority status quo, it wont be all that surprising if abortion is entirely outlawed at a federal level. There is only one alternative to that possibility – and according to Elizabeth Warren, it is to campaign for creation of “federal, statutory rights that parallel the constitutional right in Roe v. Wade.”

Warren says through her latest abortion platform, “Under the Supremacy Clause of our Constitution, federal law preempts state law. For this reason, the establishment of these federal statutory rights would invalidate contradictory state laws, such as the Alabama, Georgia, and Ohio bans. They would also end the political games being played by right-wing courts to try and narrow Roe’s protections. And because these federal protections would be valid on a variety of constitutional grounds — including equal protection and the commerce clause — they would ensure that choice would remain the law of the land even if the Supreme Court overturns Roe.”

She says, even if Roe v. Wade falls, the Congress should pass a slate of legislation which can guarantee abortion and other reproductive rights all over the United States. Warren also calls for a repeal of the Hyde Amendment that bans federal funding for most abortions. She suggests federal programs such as Medicaid should be able to pay for abortion care. In the same spirit EACH Woman Act should be passed that would ban abortion restrictions in private insurance.

Likewise, the “domestic gag rule” by Trump administration that makes it harder for abortion clinics to offer birth control through federal control of finances, should be reversed – according to Warren. This rule is aimed at forbidding federal funding under Title X to groups that provide or refer patients for abortions. Such a rule defund Planned Parenthood entirely and severely limits poor Americans’ access to contraceptions.

To prevent a comeback of the Targeted Regulations on Abortion Providers (TRAP) laws, Warren has proposed for the passage of an existing bill, the Women’s Health Protection act, which prevents states from restricting abortion clinics that do not “significantly advance women’s health or the safety of abortion services.”

The call for codification of progressive clauses that will cement the future of reproductive rights is especially necessary in these times. Warren defines this as a “dark moment – people are scared and angry. And they are right to be. But this isn’t a moment to back down – it’s time to fight back.”