You are here: Home / Blog / Diversity in the Boardroom: Minorities and Women Grapple with Wage Gap

According to the latest data released by Catalyst on May 1 this year, whereas in the top S&P 500 companies, women comprise almost 44.7% of the workforce, only 5% of women hold any position equivalent to that of a CEO. Likewise, 89% of top earners in the corporations happen to be men.

Despite the larger projected contribution in the workforce, the wage gap continues to haunt women of color. For every dollar the white, non-Hispanic men earn, Asian women earn 85 cents, Black women earn 61 cents, and Latinas earn only 53 cents.

Likewise, women of color represent almost half of the low-wage workforce – with Latinas comprising 24%, Black women 18%, and Asian women 7%. 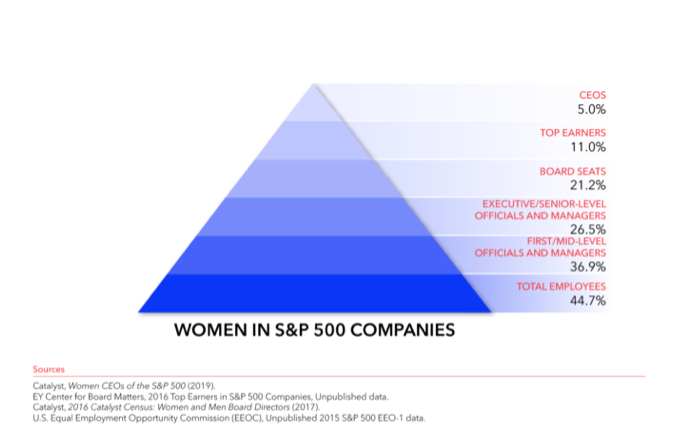 Whereas women of color comprise significant portion of low-wage workforce, they continue to remain underrepresented in leadership positions – only 5% of executive and senior-level officials and managers in the S&P 500 companies. 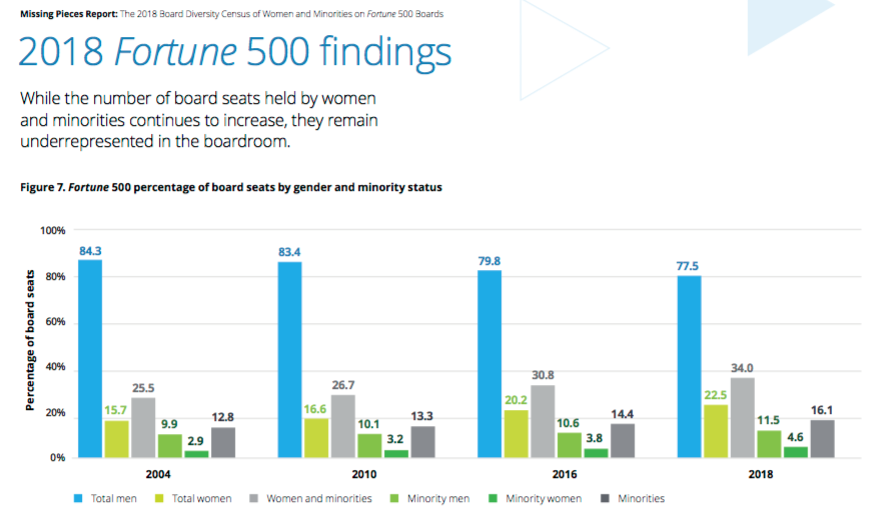 The most diversified company among Fortune 500 boards is Wells Fargo – where out of 19 directors, they have 7 women. But whereas 13 out of 19 board members are White, they have only 3 Latinos, 2 Blacks, and 1 Asian member.

According to the Missing Pieces Report –

“In 2017, the $294 billion California Public Employees’ Retirement System sent letters to 504 companies in the Russell 3000 Index regarding diversity on their board of directors. The letters outlined the growing evidence that board diversity has a positive economic impact on business performance. In 2018, BlackRock, one of the world’s biggest asset managers, sent letters to companies in the Russell 1000 Index with fewer than two women on their boards asking them to explain their lack of progress. Most recently, the California state legislature passed SB 826, which will impose gender diversity quotas on all public corporations whose principal executive o ces are located within the state.”