You are here: Home / Blog / Glamour Magazine asks Jack Tuckner: How should the average person handle sexual harassment at work?

Glamour Magazine for its Solidarity Issue of June/July 2018 reached out to Jack Tuckner, Esq. with the question — How should the average person handle sexual harassment at work?

Excerpts from the article by Elizabeth Kiefer –

“In the workplace, it’s any kind of unwelcome, unwanted, nonconsensual sexual attention, that in some ways degrades or alters the terms, conditions, benefits, or the pay of your employment,” he says.

Sexual harassment can take the form of quid pro quo—the classic example would be a boss pressuring an employee for sex and telling her she can keep her job in exchange—or hostile work environment, which could be anything from physical contact to sexual commentary or any other stripe of gender-based discrimination.

If you decide to report the offense to your employer, the next step is to take the complaint directly to human resources—and make sure you put it in writing. “Document, document, document,” advises Tuckner. “You might even want to FedEx the first letter, because then you have a provable paper trail.” Email also works because it’s time-stamped; it’s worth keeping copies in case, at some point in the future, you lose access to your company account.

“There is no claim unless you notify the employer, preferably in a provable way, that you feel you’re being discriminated against,” says Tuckner—adding that discrimination is exactly what sexual harassment is: a hostile work environment, based on gender. “The employer has an obligation to investigate and launch remedial, corrective action to resolve it.”

But what if you’re worried that formally complaining will lead to your own termination? “People say: If I complain, I’ll get fired,” Tuckner says. “But when you say you’ve been sexually harassed, you’re lodging a protective complaint, and a company is not permitted to subjecting the complaining employee to backlash.”

In order words: By formally reporting the situation to HR, you’re actually covering your own back. So if you do get fired after filing a formal complaint—it’s a thing that does happen—you (and your lawyer) will be better able to allege that it was retaliatory and therefore against the law.

What happens after you go to human resources 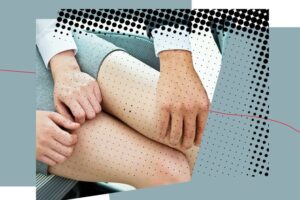 OK…so what next? Well, your company might blow you off—more on that in a second—or follow through with an investigation.

“There’s a sort of mantra people learn in HR 101. When an employee complains about sexual harassment, you say: ‘Thank you very much for your complaint, we are an equal opportunity employer, and we take claims like this very seriously. We’re going to investigate and keep things as confidential as possible, and there will be no retaliation,” Tuckner says.

He also thinks people need to understand that human resources is not the employee advocacy arm of a business. “They work for the company, and that’s who they’re there to protect,” Tuckner says. Don’t assume that you’ll have access to the notes they’re taking during your conversations, he advises. Keep your own records, preferably with time stamps, and continue to document along the way.

Because of the sensitive subject matter, conscientious employers will try and maintain the confidentiality of both the accuser and the accused. More than likely, though, prepare for this to be a stressful period of time.

It doesn’t always lead to a lawsuit

Sometimes, says Tuckner, this can lead to a David-and-Goliath moment, where the harassee has to decide how they want to proceed. In some instances you could sue. “But do you want to spend five years in court battling it out? Most people are not going to have a Hollywood type trial, and I wouldn’t wish that on anybody.”

But say that you’ve reported, documented, and followed up, and nothing has happened: Now you’re at another fork in the road and quitting might look like the only option. That’s your choice, but according to Tucker, leaving your job on your own will end what you started. “Quit is a four-letter word for us plaintiff-side employment lawyers,” says Tuckner. “When you quit, there’s no case.”

Another thing to consider before you quit: When you willingly leave a job, you’re forgoing the ability to apply for unemployment benefits. Whereas, if you hire a lawyer, they may be able to help you negotiate a separation package that not only allows you to file for benefits but also lets you potentially walk out the door with severance and a reference letter.

“It’s not a Boston Legal episode where there’s clarity and justice,” says Tuckner, but it’s a way to make the best out of a bad situation.