You are here: Home / Blog / Do Women Have the Right to Pump Breast Milk at Work?

If You’re Breastfeeding Your Baby, Do You Have a Right to Pump Milk at Work?

The longer answer is more complex, so here goes, in honor of Breastfeeding Awareness Month.

Although many workplaces provide lactation rooms and permit pumping breaks for breastfeeding moms, many companies do it as a best practice to help retain female employees, not because the law requires it. That makes good business sense because women constitute more than half of the workforce, and the fastest growing segment are women of child bearing age.

Barack Obama signed the Affordable Care Act into law in 2010. Among its many provisions, Section 4207 of the law amends the Fair Labor Standards Act (FLSA) of 1938 to require an employer to provide reasonable break time for you to express breast milk for your nursing child for one year after your baby’s birth, whenever you need to express milk at work. 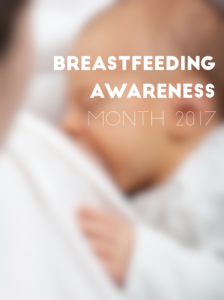 Do Employers of All Sizes Have to Comply with This Law?

Your employer does not have to pay you while you’re pumping on their time, but the company must provide a clean, private place, other than a bathroom. Unfortunately, if your company has less than 50 employees–and it almost certainly does because most of of us work for companies –and if the company alleges that providing a clean, private place for you to express milk for your baby is an undue hardship on the  company, then they may get away with failure to comply with the law when it refuses to allow you to pump milk at work.

Does the Law Apply to All Women?

Also, here’s more bad news. Only those women who are “non-exempt” under the FLSA are covered. The FLSA is complicated, but non-exempt employees are generally employees who must be paid overtime and who earn less than $913. per week. If you earn more and have any supervisory responsibility, you may be “exempt” and not covered by the milk expressing law.

And of course, if Obamacare is repealed, as Congressional Republicans have been threatening to do for eight years until this year’s Breastfeeding Awareness Month, the milk-expression-at-work mandate would likely be repealed, too, and replaced with the type of workplace protections women had before they were considered equal to men. Think those will include pumping milk?

The Interaction between Federal and State Law

The good news is that federal law does not preempt your state’s law, which may provide greater protections to nursing mothers, such as New York and Connecticut’s pumping at work laws. Those state laws require all employers to allow breastfeeding mothers reasonable, unpaid break times to express milk in a private location, and discrimination against breastfeeding moms is illegal.

All employers means even those companies where you’re the only employee. Twenty-eight states have laws related to and requiring breastfeeding or expressing milk in the workplace, so check out the National Conference of State Legislature’s website for a comprehensive list of each individual state’s breastfeeding laws.

The Benefits of Breast Feeding for Mothers and Babies

Breastfeeding provides long-term preventative effects for you, too, including an earlier return to pre-pregnancy weight and a reduced risk of pre-menopausal breast cancer. According to the Centers for Disease Control and Prevention, approximately 77% of mothers start breastfeeding immediately after birth, but only about 16% are exclusively breastfeeding six months later, though breastfeeding is unquestionably healthier for your baby than formula.

So, here are the reasons you can probably safely plan to breastfeed your baby and express milk at work, even if you’re the first in your company’s history to have the courage to do so.

If your employer refuses to allow you to pump milk at work, it’s important that you don’t quit your job in protest, as you’d just be throwing out the baby with the bath water, to coin a phrase, and you’ll lose most of your legal leverage. If push comes to shove, it’s better to be fired.

Jack Tuckner is co-founder of Tuckner, Sipser, Weinstock & Sipser, LLP, with offices in NYC and the Mid-Hudson Valley, NY, where he focuses on workplace law helping clients facing discrimination due to pregnancy and other sex-specific challenges. He has tried over twenty-five cases to verdict, including a women’s workplace rights victory that resulted in a high six-figure punitive damages award against the Defendant. He has also obtained significant settlements for clients without resorting to the need for protracted litigation. Tuckner is the author of the Women’s Rights in the Workplace Pregnancy Discrimination Guide, and he provides continuing legal education seminars for attorneys on the subjects of sex and pregnancy discrimination.

For any specific workplace rights questions, you can reach Jack Tuckner by phone at 866-Fem-Laws, or by email at [email protected], or you can tweet Jack at @jacktuckner.